1,000 hand-numbered and replica-level accurate Loki and Sylvie helmets are now on pre-order at Zavvi.

What’s more relevant for collectors, other than the price of £99.99 and the exclusivity, is that pre-orders are open now. Each set comes with a certificate of authenticity from Marvel, but the makers clearly imagine the helmets might find their way into cosplay. The durability and wearability of each are mentioned.

The official items are due to ship on the 30th of September.

Zavvi is making replicas work for them, securing these deals with Marvel while fans are keen for limited and exclusive items.

In recent months there’s a replica of Yondu’s arrow and Doctor Strange’s Eye of Agamotto.

It’s pure speculation but is Marvel up to something here. Are they taking iconic items from characters and making them available as limited items for a purpose? Are they sowing the seeds in advance of an expected hype? Or are these replicas just picked by what their marketing data suggests might sell now?

While £100 for some fancy cosplay might sound expensive, it pales compared to the £999 needed for The Mandalorian Replica Helmet and that sold out. On that high-end side of the replica retail market (as opposed to private collections), there’s also this Resident Evil Licker. The monster is on pre-order now but due at the very end of the year. 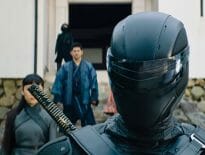 Movies One month to go: Snake Eyes’ trailer takes u… 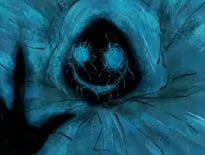