You are here: Home / Books / Comics / Grading took more than a quarter of a million dollars off Detective Comics Batman auction

A copy of Detective Comics #27 has sold at Heritage Auctions for $1.125 million dollars. That’s a lot, but less the $1.5 one of the other 17 remaining copies went for late last year.

The difference is the rating the Certified Guaranty Company gave the two comics.

The CGC is an expensive paid for service in which a panel of experts rate the condition of valuable comic books, trading cards and other similar collectables. But, as this auction shows, the company’s rating clearly makes a difference.

Despite the price difference, any comic book beating more than $1,000,000 at auction is no small feat. It looks very much like the market’s interest in collectables is as fierce as it has been.

As it happens, ebay is currently promoting first appearance issues for superheroes in comic books but of the 373 listings now live, only 75 have an asking price over $100. 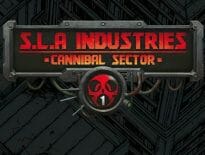