The company has changed its name, just last month, and it seems like a great chance to catch up with John Watts and find out what’s been going on.

We’ll find out about that infamous split with Mongoose and what the newly emerged Independence Games has been up to.

Who are Independence Games?

I put that question straight to John.

Independence Games is an RPG publishing company based in Ringgold, GA (which is a small town just outside Chattanooga, TN. We’ve been in business since 2011 when we started off as Gypsy Knights Games and as a third-party publisher for Traveller through Mongoose Publishing. In 2016, we took our Clement Sector setting to Cepheus Engine where we have truly thrived.

Why the name change?

We really felt like it didn’t represent the company well at this point.

What was the origin of the name “Gypsy Knights Games”?

As far as the origin goes, during the early days of my third campaign in the setting that would become Clement Sector, the characters were the crew of a merchant ship. The captain of the ship, played by a man named Tim Lee, decided to name the starship Gypsy Rose (as a play on his last name (from Gypsy Rose Lee, the famous stripper)). At the end of this campaign several years later, the characters set up their own pocket empire and named this Gypsy’s Refuge. The captain became the leader of the pocket empire and the rest of the crew were his knights…hence Gypsy Knights. Over time, this became the name of the gaming group.

That’s the origin. That’s only part of why I used that name.

From the time I left college, I was involved in the construction industry mainly delivering electrical equipment for my Dad’s electrical supply business. In the building trade (at least in the southeast US), you are union, part of a company of tradespersons, or an independent. The independents were usually referred to as Gypsies. So my intent in 2011 behind the name was both to honor my gaming group and state my attitude. “Independent minded” as they say.

Indeed, it was over five years into my publishing books that I ever heard anyone say that it was seen as a disparaging comment.

Over the past few years, it was becoming apparent that there were folks that were genuinely offended by the name. It was tough to make the decision at that point as we were still recovering from remaking all of our books following our acrimonious and costly split with Mongoose. I had just finished with the distraction of that not to mention the financial loss of it and I hardly wanted to do it again.

I determined earlier this year that I would make the change and was rather shocked that Independence Games was not taken. So the ball started rolling.

What happened with Mongoose? I know there was a parting of the ways.

I don’t know that I want to dive deeply into this because its really water under the bridge at this point. We’ve definitely moved on past this. The quick version is that promises were made that were not kept and we had to spend a lot of time, effort, and money modifying projects on which we were working that would have been fine had those promises been kept. This happened with all of the third party publishers, most of whom are now Cepheus Engine publishers.

That’s the quick version and, while it certainly hurt our company, we’re past it. We’ve grown and continue to grow. However, to say that I do not look back on those times with any fondness is to put it mildly.

[Note from Andrew @ Geek Native – This is John’s story, it’s Independence Games in the Publisher Spotlight this month, and so I haven’t reached out to any other companies involved, but it is safe to say they’ll have their own point of view on what happened but hopefully count it as water under the bridge as well.]

How painful has the rebranding been? If a RPG publisher wanted to copy you and change their name; what advice would you give them?

Not nearly as costly as changing everything from Traveller to Cepeheus Engine in 2016. In truth, it has been fairly painless. We had to change a few things here and there. We’re still working on website changes and we’ll change the covers over the next few months so that older books have the name but, so far, the worst part has been changing email addresses, names on forums, and getting new promotional material.

My advice would be to stick with your name if you can. If you cannot, be ready for some work but take your time. Don’t try to do it all in one swift move.

What is Gypsy Knights Game / Independence Games known for?

Mainly for our Clement Sector setting/RPG. It is currently up to 60+ sourcebooks, so there’s something for everyone in it. We also have Action Movie Physics, an RPG set in the rather unreal settings of action movies. We just released Earth Sector which is an expansion of the overall Clement sector setting.

What is Clement Sector?

In 2210, scientists discovered a wormhole allowing travel to the opposite side of the Milky Way galaxy. Once across, exploration teams discovered worlds far more suited to human habitation than those in star systems nearer to Earth. Were they terraformed by some unknown race? Are they just a coincidence in the vast diversity of the universe?

Over the ensuing years humans left Earth and began to colonize these worlds. Nation-backed colonies. Corporate colonies. People who simply no longer felt compelled to remain on Earth. The best and brightest.

In 2331, the unthinkable happened. The wormhole collapsed leaving those in Clement Sector cut off from Earth. Now these new worlds and new civilizations must stand on their own.

Recently, you’ve published an expansion all about Earth Sector. Isn’t the Clement Sector on the other side of the galaxy? How do you see players using Earth Sector information?

It is. Honestly, for most, it will involve starting a new campaign as the two sectors are no longer connected and there will be no real way for characters to go from one to the other. Of course, this never stops a Gamemaster or Referee from finding a way or deciding to use the book for some other purpose.

Also, in Clement Sector, there are no known living aliens. That’s not the case in Earth Sector where there are two well-known low tech alien races as well as rumors of other aliens nearby.

Hopefully, folks will enjoy the somewhat different environment of Earth Sector as well as the Clement Sector that they’ve known so well.

How would you describe the Clement Sector to someone who ended the hobby via D&D 5e last year and is now starting to look around for alternatives?

Well, the obvious answer is that Clement Sector is space opera. So rather than the rather Tolkeinesque fantasy of D&D, Clement Sector and Earth Sector are more in the vein of television like Firefly or The Expanse or the novels of Allen Steele, Elizabeth Moon, or Jack Campbell. If science fiction is your thing, you can’t go wrong with Clement Sector or Earth Sector.

If action movie like The Expendables or any of the Stallone or Schwarzenegger offerings in the 80s or 90s is more to your liking, then I highly recommend checking out Action Movie Physics.

What do you think makes for a good sci-fi game?

Well, you have to have some of the obvious SF elements such as starships and new worlds but I think you can play with that a bit. Clement Sector breaks with the usual elements by having independent worlds without an empire or federation controlling them as well as not having any living aliens. So I think you can take the usual tropes and play with them a bit. Make it unique!

But the most important thing to me is to make it fun. Far too many SF games get caught up in how realistic they can make things as well as being obsessed with making things perfectly understandable from our current scientific knowledge. I often feel like that takes away from the fun.

Honestly, I feel that, in a real future, robots and AI will likely be onboard ships firing the weapons, piloting the ship, repairing problems and the humans will just be passengers that are most likely in sleep chambers. Where’s the fun in that? I want characters that are involved and having an adventure!

So, for me, the main factor is fun.

What can we expect from Independence Games this year?

Well, I’m already hard at work on the first Earth Sector subsector sourcebook. This will delve into Earth Subsector and go into great detail on each of the worlds in the subsector. There will certainly be more of those as we reveal more and more about Earth Sector.

We have a Tech Update coming along that will show the many changes between technology in 2342 Clement Sector and 2350 Earth Sector. This will allow you to update the tech in Clement Sector if you want to bring your campaign up to 2350.

We also have more coming for Clement Sector in the form of the Tim’s Guides. Much like our Wendy’s Guides which detailed the space navies of each world within a given subsector, the Tim’s Guides will detail the army, water navy, and air forces of that world.

Over at DriveThruRPG we can see what Independence Games’ most recent publications are.

Are you an Independence Games fan? Let us know why you like them. 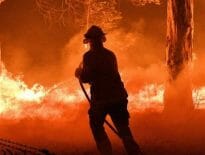 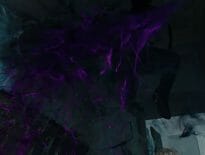