You are here: Home / Games / Tabletop & RPGs / Designer JVC Parry teams up with Mr.Tarrasque for 5e adventure the Isle of the Dreaded Accursed

YouTube reviewer Mr.Tarrasque and JVC Parry will work together on a tier 2 5e adventure called Isle of the Dreaded Accursed. The project asked for €4,500 to fund and with two weeks still to collect pledges the tally is at €16,500.

The sea goddess Elvirath punished her high priest, who had become obsessed with necromancy. As a result, the goddess’ temple became home for the undead, and now ships approaching it are smashed on rocks, sailors who get too close die of illness, and horrible creatures are swimming up from the depth.

If you missed out on the Ultimate Bestiary: The Dreaded Accursed Kickstarter, or just fancy any of Nord Games’ Ultimate Bestiaries, then this campaign is a chance to secure a 20% discount.

A pledge of €10 is enough to get that 20% discount and a PDF copy of the Isle of the Dreaded Accursed.

Stepping up to €20 adds the softcover, and €50 further adds the DM screen, player handouts and dungeon maps. However, that €50 tier is limited and selling out.

Stretch goals have unlocked VTT files for Foundry, Roll20, Shard and Fantasy Grounds. We also have new subclasses, extra art and the side quest The Dwarves of Mitra.

The estimated fulfilment is in February next year unless you are digital-only, in which case the adventure will be ready for December.

Designer JVC Parry teams up with Mr.Tarrasque for 5e adventure the Isle of the Dreaded Accursed 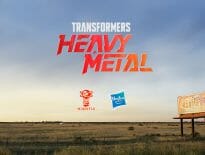 Mobile Hasbro’s new “go to a location and adv… 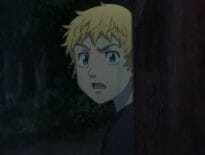