You are here: Home / Games / Tabletop & RPGs / Visual Aid: I’m new to D&D what character class should I play?

Redditor Raccoomph has updated and shared a helpful D&D visual. You may be familiar with the simple question “What character class should I play?” and it’s a fair one to ask while being a hard one to answer.

That disclaimer is essential too, your spell choice will influence the complexity of your character quite a bit.

The D&D character chart’s top row isn’t quite binary. Whether a character class gets magic or not is often a yes or no, but classes like Artificer and Rangers get a mix.

After that, classes are graded A through to E. Barbarians are simple; getting a grade A, whereas for the same classification, Wizards get an E as they’re much harder to learn.

On the other hand, Barbarians score a D in Healing/Support, whereas Wizards get an A.

There is another grading, though, the S, given when a class specialises in a category. Sorcerers are grade S on ranged damage, as are Warlocks, whereas Fighters get that tier for Melee Damage.

Visual Aid: I’m new to D&D; what character class should I play? 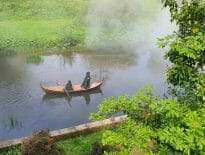 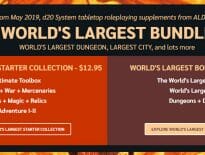