It’s pretty positive news in this issue of the anime review column Irregular Reconnaissance with one of the tracked shows getting an upgrade from “below average” to “average”.

As the name makes clear, the column doesn’t have a regular schedule, and the anime featured in it varies from week to week, but right at the bottom, you’ll always be able to find each show tagged by name as a quick way to find all of Geek Native’s coverage on that show. Even if that’s just other Irregular Reconnaissance review reports, you’ll be able to see if a series has faded or gotten better over time.

Calling out shows that are improving or sadly fading is what to expect from the summaries, hopefully saving you all those clicks. What you won’t get here are spoilers. These are views based on general observations, principles, thoughts and reactions, and not so much in plot analysis.

You can join in as well. Which anime would you recommend people avoid or add to their queue? Let us know in the comment box below.

Combatants Will Be Dispatched

I gave Combatants Will Be Dispatched a below-average rating in its last appearance on Irregular Reconnaissance. In this column, I’m upgrading to average.

In that alien fantasy of a world, he meets cute girls and gets to consensually molest them to earn and spend Evil Points. He uses Evil Points to be heroic, thus trapping him in a paradox forever.

It is what it is.

On the plus side, one of the harem girls is in a wheelchair, and I think they’ve (so far) not made a big thing about it. She’s sexy, quirky and fun. While Combatants Will Be Dispatched is fan-service, it has that going for it.

What had happened? Well, without spoilers, the series starts off with police escalating a serial murderer, and viewers know something supernatural is afoot.

It escalates from there, but not at a steady pace, in spits and spurts. It gets so high, so dramatic, that I’m surprised there’s a sequel. I think that’s why I had to do a mental inventory of the plot points before I could settle back into Season 2.

Perhaps not surprisingly, Season 2 moves quickly to check some of these towering heights. There’s a plot-blocker put on the supernatural solution and another one on the clever-police-work solution. It’s a reset of sorts, but with the stakes higher than where Season 1 started.

I’m three episodes in and already coming around. In part, these opening scenes slyly remind you of what happened, tell a story with immediate concerns wherein you don’t actually need to know what happened before, and pushes on regardless.

Pleasingly, Boruto’s plot seems to be flirting with the idea of healing some of the rough edges that haunt Naruto’s own storyline.

Again, no spoilers, but Naruto finishes by introducing a critical new central character after many hundreds of episodes, and audiences clearly have far less of an emotional attachment to them.

Boruto’s own story begins years later but picking up as the ripples from Naruto’s climactic encounters finally catch up. We then seem to push that aside after an arc to deal with the threat of Karma.

The Karma are the new all-sinister and all-powerful secret group of ninja. While the last few episodes have been leading up to the dramatic fight between Boruto and Delta, one of the Karma, there’s just a vision or two that points backwards. We’re reminded of the big bads from yesteryear.

Imagine a story that comes together over decades of real-life publications.

In a good way, we’re not quite at upgrade level with this one. Previously in the column, I had said Don’t Toy With Me, Miss Nagatoro was “Average, leaning up to good”. That pressure is still there, but if we hold good to a high level (say 4 stars out of 5), then Nagatoro has more to do.

However, it’s great that we’re here. My opening thoughts on the show worried that it could quickly become an apology or even a justification and glamorisation of bulling. I think that risk is fading.

Very quickly, we see that Nagatoro is being mean because she’s wrestling with her feelings for Senpai. There’s also a contrast between her and the other girls who bully for fun and inclusion from their peers. In fact, you could easily make the case that Nagatoro is only still bullying because she now fears rejection.

Joran The Princess of Blood and Snow makes me feel guilty. It’s a beautiful and clever anime. The writing is creative, the plot patient and sly, and the characters complex and compelling.

And yet… time and time again, I find myself suddenly thinking, “Wait… I’ve missed a thing”. Sometimes it really is my fault. I let my attention fade even as the anime gracefully slides back from an action scene into the almost nostalgic visions of a Japan-that-could-be. At times, it’s because the show is being clever again and is slyly subverting the established undertones.

I’m a bitter and cynical man. It’s easy for me to become resentful and frustrated when there’s an annoying speck in an otherwise perfect concoction. I refuse, so far, to let that happen with the Princess of Blood and Snow.

I can’t imagine watching it twice, not yet, not even to pick up on the complete mastery of the script. I am determined to watch it at least once.

Seen anything remarkable recently? Watched anything rubbish? Share your discoveries in the comments below. 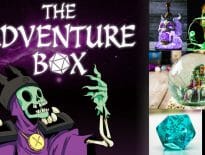 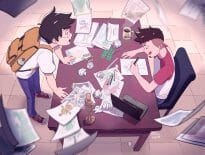