You are here: Home / TV / Anime / Logistics geeks are cool: How a Realist Hero Rebuilt the Kingdom

A trailer in which a geeky looking chap tours various construction sites? Well, there’s a bit more action than that with a sky full of dragons and a charge over a draw bridge. However, the heart of the anime is clear, and it is that logistics geeks are cool.

How a Realist Hero Rebuilt the Kingdom is a new series that will premiere on July 3rd and tells the now-familiar story of someone from our world summoned into a fantasy world.

His task isn’t to slay the big bad or refuse to become it, but to be the guy who can sort out all the kingdom’s paperwork and business woes. And get married.

Our hero, Kazuya Souma, is also a consensus builder. To make sure the kingdom’s military and economy are both in prime condition, he invites intelligent people to work with him.

Yūsuke Kobayashi will voice Kazuya Souma (right) while Inori Minase voices Liscia Elfrieden. Yūsuke Kobayashi voices Normal Cell in Cells at Work and the lead character Senku Ishigami in Dr Stone. Inori Minase, who is also a singer, is Rem in Re:Zero − Starting Life in Another World and Hestia in Is It Wrong to Try to Pick Up Girls in a Dungeon?

Logistics geeks are cool: How a Realist Hero Rebuilt the Kingdom 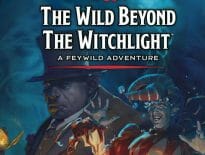 Tabletop & RPGs D&D: The Wild Beyond the Witchlight – A…