Games Workshop announced a new set of rules of Warhammer Age of Sigmar, including developments in the story with the end of the Necroquake and changes to the factions.

Cubicle 7 may well have the option to take the Age of Sigmar RPG, Soulbound, in that direction too. However, the publisher already has plenty of developments lined up, which include new PC races.

In Soulbound Stars & Scales the RPG expands on the mysterious reptilian warriors Seraphon. This society has warriors who wield artefacts emitting celestial power.

While Seraphon playable characters will be included, Cubicle 7 suggests the race is best suited to one-shot adventures. Why? After helping a Binding, these enigmatic fighters likely vanish to deal with the next step in the Great Plan.

Stars & Scales is expected out in PDF in the next few weeks.

Emment Byrne recently talked to OnTableTop about Champions of Death, sharing the cover that features a powerful Vampire Lord.

Now we know that the supplement will let players have undead characters such as vampires, wraiths and even ghouls.

That’s not to say all undead characters fight for Nagash, as they can also be an unexpected ally for the Forces of Order.

Champions of Death will be out in PDF in the third quarter of the year and as a book for local stores in the last quarter. 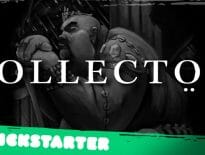 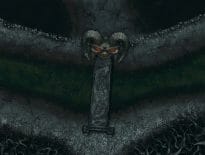