“Throughout the years we have never interfered, until now.” That’s the line Marvel wants you to get from the first official Eternals trailer.

The movie is due out in theatres in the States in November, and sites like Fandango have their ticket alerts pages up. Meanwhile, here in the UK, Cineworld just has a barebones placeholder.

As you can see at the end of the trailer, there’s no shortage of Eternals, and there are lots of them in the movie!

Angelina Jolie is the warrior Thena, Salma Hayek is their spiritual leader Ajak, Richard Madden is Ikaris, their tactical leader, but it’s Gemma Chan as the empath Sersi who might have the dominant role in the film.

The movie is being directed by Chloe Zhao, who directed Nomandland. 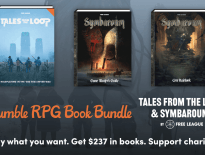 Tabletop & RPGs Begin your adventures with Tales from the Loop and… 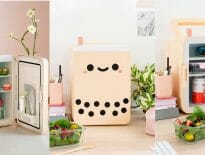 Cool Tech Smoko touting a cheeky and limited edition mini fr…
wpDiscuzComment Author Info
Manage Cookie Consent
This site uses cookies 🍪, and links are ads that may earn bloggers some money 💰, and with this alert, I very much hope that these dark truths 🧌 are acknowledged.
Manage options Manage services Manage vendors Read more about these purposes
Preferences
{title} {title} {title}