You are here: Home / Games / Tabletop & RPGs / Twitch backed Into the Mother Lands actual play takes their RPG to Kickstarter

Twitch’s Into the Mother Lands is a rightfully popular actual play. Now, the POC-created and Cortex-powered RPG is on Kickstarter.

The Afrofuturist setting chucks out colonialism and starts a thousand years ago when an African emperor Mansa Munsa’s expedition finds itself in a strange new world. The campaign has over 2,000 backers and is open for one more month. You can join in or discover more on the project page.

The campaign pitch page says very little about the RPG itself, but if you squint at the Twitch recording that is the video intro, you’ll see the logo.

It’s no bad thing, but it seems likely Into the Mother Lands is exciting backers based on the strength of the creative team and the Twitch streams.

The world is the adopted planet of Musalia, which humans reached over 1,500 years ago. Characters in the game are the descendants of the alien culture established there before humanity arrived, or as someone from one of the cultures created from the blending of human and alien technology.

Specifically, those cultures are the Musalians, the Hyeanole, Mansegene, Solanci, and Misajai. The game is built around those cultures and the skills characters have, but professions do exist and give a flavour of the world. Professions include Bio Priest, Blade Keeper, Spine Ripper, Light Bringer and 10-2’5s.

The digital quickstart guide unlocks with a pledge of $10 while the full Into the Mother Lands sourcebook PDF is added in for $25 pledges.

The hardback joins the reward pile for pledges at $50 or over, and the Gamemaster’s Bundle unlocks at $75.

The Deluxe edition costs $125, and there are higher tiers.

The digital quickstart has an estimated delivery date of August 2022 and everything else earmarked for September. 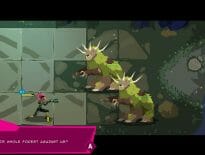 PC Grid Force partners with LGBTQ+ non-profit It Gets… 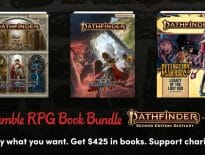