You are here: Home / Games / Tabletop & RPGs / Using the undead as slaves: Necrobiotic’s dark charm lures in the RPG crowd

Penny for a Tale has a dark RPG on Kickstarter that’s doing well. It has a “Project We Love” tag from Kickstarter. The publisher asked for $10,000 and got that, with media coverage easily. Now there’s twice as much pledged and 20 days still to succumb to its Necrobiotic charm.

The RPG is set in a post-apocalyptic world of melancholy. Populations are shrinking, and the dead are used as labour. You can join the shambling ranks from the project page.

In Necrobiotic, the decay started (wait for it) around 2020. Within thirty years, the world had changed, shrinking back until everything we once took for granted had gone.

The reasons are still unclear, but humanity retreated with survivors hiding behind makeshift fortresses while nature reclaimed the land.

The people of Florence, brilliant scientists and innovators, who would later become known as The Builders broke the taboo of death. Using biology, mechanics and thermohydraulics, they forged processes capable of reanimating corpses. The dead became our machines.

The RPG uses playing cards, one deck per player and characters are created from it. Character’s proficiencies represented by them; Flesh (Hearts), Steel (diamonds), Steam (clubs), and Gear (spades).

The original game system is based on deck-building mechanics with a standard deck of playing cards, though Tarot cards can also be used. Players will always know what they can do alone or together, and the game’s mechanics will easily push the player’s roleplay toward the character’s features, highlighting everyone’s specialties.

A pledge of $25 will result in a PDF copy of the rules as a reward, with all digital stretch goals. The estimated final delivery is February 2022, but an alpha version is expected earlier.

Raise your pledge to $45, and the hardback will be added, but you will also have to pay for shipping.

The special Kickstarter exclusive hardback replaces the standard hardback at $80, and a custom Necrobiotic deck also added at $100.

There are higher pledge tiers available, and some are running out such as Tour of Florence with a Construct which includes a one-shot with Mitchell Wallace and original character art in the book.

Using the undead as slaves: Necrobiotic’s dark charm lures in the RPG crowd 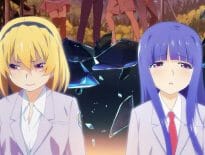 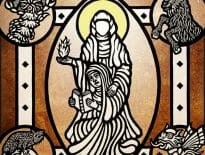