You are here: Home / Games / Tabletop & RPGs / Ataraxia Legends is a tabletop RPG inspired by JRPGs

Ataraxia Legends is a ten-year-old RPG that’s going public for the first time with a Kickstarter project from the St.Etoile Syndicate.

The game combines tense RPG drama with the over-the-top action familiar with Japanese computer RPGs. The campaign needs €7,800 to fund, and with more than 50 days still on the clock, it has €1,500 in pledges. You can see the latest total or pledge on the project page.

Characters combine up to 5 different classes in Ataraxia as the game uses a job system, guild skill and special “scroll skills”.

There are 13 different races, all inspired by anime and JRPGS, 20 jobs (with 7 callings), 15 guilds and over 150 skills. The RPG also makes use of some 40 character flaws.

Ataraxia ships with 38 monsters, comes with maps, and the Kickstarter is very much about buying art for a more professional looking book.

A sprawling world of lush forests and vast deserts, humble villages and glorious imperial cities, magic, monsters and cursed phantasms. Dive into a strange world that exists in between Science and Religion, Human and ‘Creature’, Magic and Technology.

A pledge of €10 is rewarded with a PDF of the game. Stepping up to €20 (which is about £18) is enough to get a physical version added with many countries supported for shipping.

A laminated world-map and limited edition dice are added at the €30 tier, which, understandably, is a popular option.

There are higher tiers available, and the Germany-based designer suggests December 2021 for the estimated delivery of the project.

Ataraxia Legends is a tabletop RPG inspired by JRPGs 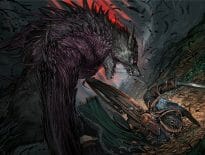 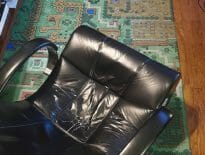