Let’s Play launched in 2016 on Webtoon and now has more than 3.8 million weekly readers.

The webcomic is one of the most popular serialised comic books in the West due to that considerable readership. It’s now in-line for a live-action TV series.

Created by Leeanne M. Krecic, the story follows 20-something Sam, an aspiring game who traded in any hope of social life to make her first game. An RPG called Ruminates, gets savaged by a critic known only Marshall Law shortly after release, and the fallout is brutal.

That’s when Sam discovered that Marshall Law is her new neighbour, and they’re about to become opposing players in the game of love and life.

I created LET’S PLAY because I was looking for characters like me – die-hard gamers, heartfelt romantics, and young women with dreams of success on their own terms – but couldn’t find them represented anywhere in the pop culture of the moment. So, I decided that was a story that I would have to tell for myself. On its surface, LET’S PLAY is a love triangle, but it’s also a contemporary, emotionally sophisticated reinvention of the form – one that soon will allow young women to see the loves, aspirations, and setbacks of people like themselves celebrated on screen at long last.”

The company picking up the series for TV production is Allnighter. Allnighter partners Amanda Kruse, Dinesh Shamdasani, and Hunter Gorinson will executive produce the series with Krecic and Tom Akel.

Dinesh Shamdasani, who previously led Valiant, and the team most recently produced the Bloodshot movie with Vin Diesel and Guy Pearce.

Let’s Play has an incredible fanbase of ardent readers – the vast majority of them, young women – who have found within it exactly what Leeanne hoped to create: a community. I am one of them myself and discovering Let’s Play was a revelation. It’s an absolute honor to play a role in helping bring this story to screen.” 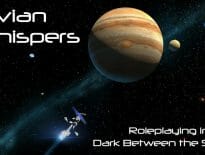 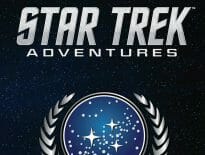