You are here: Home / TV / Anime / Lizard mages and miners: The Dungeon of Black Company

The second trailer for The Dungeon of Black Company features the opening song from Howl Be Quiet.

The adaptation of the manga has a magical accident transport Kinji to a fantasy world where he’s enslaved by a corrupt organisation.

The way to freedom and success? Money!

This teaser for the anime introduces some of the lizard characters that Kinji encounters. One’s a tall brute of a miner and the other a dangerous little lizard mage.

The show is due out in Japan for July, and we’re yet to hear if any Western facing streaming platforms has picked it up.

Lizard mages and miners: The Dungeon of Black Company 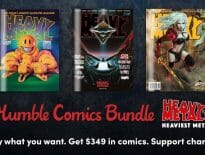 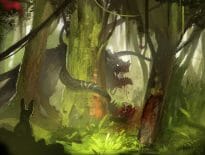