You are here: Home / Games / Tabletop & RPGs / Vegeta did it in the dining room: Dragon Ball Z Clue launches (at power level over 9000)

There’s a Dragon Ball Z version of Cluedo, a game known as Clue in the States. You can get it today from The Op.

Cluedo’s classic characters are swapped out with Goku, Vegeta, Gohan, Piccolo, Gotenks and Krillin. Even the murder house’s nine locations are changed. Now we have areas like Master Roshi’s House, Mount Paozu, Wilderness and the Capsule Corporation.

The game’s object is equally themed; to stop villains from getting their hands on a Dragon Ball. Players sort through suspects to determine which of them might fight for the Dragon Ball, who has the best chance to stop and them and where that fight might happen.

That’s right, rather than solving a murder, Dragon Ball Z is a game about planning a fight. And it looks glorious.

Vegeta did it in the dining room: Dragon Ball Z Clue launches (at power level over 9000) 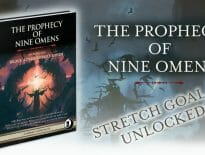 Tabletop & RPGs Can you stop it?: The Prophecy of Nine Omens 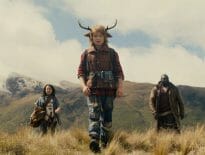