It’s not a typo; we have virtual virtual tabletops now.

Virtual tabletops are online platforms that let us see dice roll, maps and character sheets to play tabletop RPGs online. A virtual virtual tabletop takes that concept and brings it into a virtual reality so we virtually play RPGs together, sitting around a virtual tabletop, watching virtual dice bounce.

The VVTT Demeo is one early mover, and now TxK Gaming Studios are about to launch a Kickstarter for another that threatens to impress.

Dungeon Full Dive shows your virtual hands, the tabletop and also lets you step into the game world to watch and direct the action.

The system will support cross-play. You will not need a VR headset to use the software though I can imagine that’s a good part of the attraction.

The Kickstarter holding page is already in place. Hundreds of people have signed up for launch alerts, and Early Bird deals are promised. 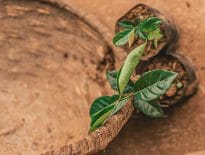