Time-travel back to 2013, and we’ve news of Joe Dever taking Lone Wolf to Cubicle 7, splitting from Mongoose, to publish some RPGs.

Now, Ben Dever has renewed the deal, and Cubicle 7 will be partnered with Holmgard Press on more books.

In the Lone Wolf Adventure Game, players are Kai Lords, noble warrior-monks sworn to protect Sommerlund from the Darklords.

I’m thrilled to continue on our Lone Wolf adventure we began back in 2013 — Joe Dever’s Lone Wolf game books were a wonderful part of my childhood and introduction to gaming. It’s fantastic to work with Joe’s son Ben and continue to explore the iconic world of Magnamund.

More details will be revealed soon, but the Book of the Magnakai has been confirmed as among the first of the new slate of releases.

Magnakai will take characters from Rank 10 to Rank 20; that’s enough to become a legend. It will include new abilities and powers for Kai Lords and other heroic roles. 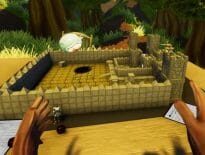 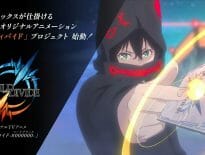