Warchief Gaming has done it. Already. Within moments. Chris Metzen, ex-worldbuilder of Blizzard and a robust social ads campaign has smashed through their Kickstarter funding goal.

Worldbook: Lawbrand, the first release in the Auroboros: Coils of the Serpent, has funded. You can join in or just watch cash spin the pledge totals like a spinner in Vegas over at the project page.

If you become a backer in the first 48 hours, you will get a Mark of the Serpent collector’s coin for free.

Auroboros, Coils of the Serpent, Lawbrand and the world book (so many titles, right?) aren’t your typical homebrew to Kickstarter story. Chris and friends have been playing in the setting since the 1980s. From there, the storyteller went to work for Blizzard and shape worlds found in Warcraft, Starcraft and others.

This first book in the series is over 100 pages long, has 5 new races, 4 new subclasses, new spells and introduces the gritty fantasy setting.

A collector’s edition of the worldbook is also available, and it comes in a synthetic leatherbound slipcase, with a GM screen, foldout cardstock map and an exclusive release of Under the Sun. Under the Sun is a campaign from one of those original campaigns, and it features some of Metzen’s original artwork.

Lawbrand adds five new races to your D&D 5e staple. They are;

Meanwhile, those subclasses are;

This first book comes with tips, guides and recommendations on running adventures in Lawbrannd and how to use the Mark of the Serpent in your party.

There’s a GM-focussed section that covers the main factions and Trade-Guilds, with dungeons and NPCs. An adventure section offers themes and story hooks for each location too.

The Sigils System sets out rules for characters who decorated their bodies with power granting mystical Sigils. There are more than 40 new magic items and a comprehensive list of Lawbrand appropriate backgrounds with them.

A pledge of $25 will get you the PDF copy of Worldbook: Lawbrand and a short form of it in the shape of the player’s guide. This cutdown version will be safe to give to players.

Step up to $50 and add shipping, and you will add the hardcover of the sourcebook.

The Gamemaster’s Bundle requires a pledge of $75, and it adds the GM Screen and foldout world map.

It’s $125 for the Collector’s edition for that bonus adventure Under the Sun and your name in the backer credits.

However, the top tier is currently the most popular with backers and will cost $200. That includes the Collector’s edition and adds premium character sheets, Auroboros dice, abilities and item card deck and the city map poster pack.

There are add-ons as well which include minis.

Everything is expected to be delivered by March 2022.

$100,000 earned by Auroboros: Coils of the Serpent in the 5e setting’s opening minutes 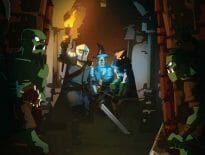 Tabletop & RPGs Free to Download: Wicked Ones lets you play as the… 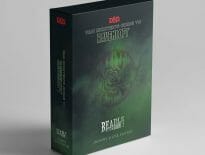