Chris Metzen was SVP at Blizzard Entertainment and the gaming company’s main visionary at the time. He, along with Mike Gilmartin, another Blizzard boss, have set up Warchief Gaming.

Warchief began life as a gaming club, quickly grew into a big gathering with thousands of square feet of its own and this week expands into making new tabletop and storytelling games. Why? Metzen, recovered from his tenure at Blizzard, is ready to game worlds again.

In the video, Gilmartin and Metzen chat about growing up with tabletop games and even a little LARP. They played Dungeons & Dragons and Palladium’s RIFTS and Warhammer.

What will they make? Well, the “coming soon” tab on the Warchief Gaming site is blank, and the co-founders say they’re not quite yet ready to tell us. The gaming club Warchief is public about running a battle for the hive-world of Zephrys. However, that looks like a Warhammer 40K, and there’s only a minimal chance Games Workshop will let the new company near that title.

Blizzard, of course, was the company that made World of Warcraft a success.

The move from computer games to tabletop is increasingly common. Ex-Blizzard boss Mike Morhaime set up DreamHaven, a company with two gaming studios, one of which is Secret Door. Secret Door will make tabletop and hired Kate Welch.

Riot Games has a tabletop game out with King’s Gambit and invested in Twin Drums the publisher making The Wagadu Chronicles which is both an Afrofantasy 5e setting and an MMO.

Warchief is well funded, well connected and fresh out of the blocks. The co-founders have reach and influence among gamers. We don’t know what their first project will be, but it’ll be big. 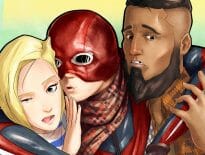 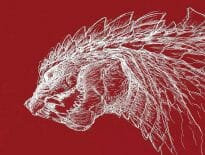