You are here: Home / Games / Tabletop & RPGs / The quickest growing RPG in Roll20 last quarter wasn’t D&D it was The Burning Wheel

Luke Crane, the designer of The Burning Wheel, has been in the news of late. The dramatically cancelled The Perfect RPG resulted in his depature from Kickstarter.

Now The Orr Group’s Roll20 market report puts him in the headlines again as The Burning Wheel grows faster than Apocalypse World, faster than Cyberpunk and faster than Free League’s Year Zero Engine with some dramatic shifts.

D&D 5e is still the most popular system for Q1 2021, and then, after homebrew comes Call of Cthulhu.

This year, Roll20 have changed how they count. The focus is now on systems such as The Burning Wheel and Apocalypse World. It makes sense; otherwise, engines like Apocalypse World, AGE, Forged in the Dark look tiny and manifest only as microgames, when in fact, they’re healthy and in many games.

We’re shifting to this approach not only for the sake of consistency, but also to make sure that popular systems have their slices of the pie accurately accounted for. We don’t want to punish systems for their ability to incorporate diverse settings or sourcebooks in their rulesets; if anything, that should speak to those titles’ benefits. We hope that this change only serves to help smaller systems and more accurately represent their popularity on our website, especially since the top slot is so consistently dominated by Dungeons & Dragons: 5th Edition.

However, it’s not worth noting that the rise of The Burning Wheel isn’t due to the change of metholody. There has been a surge of interest in the system. Roll20 add;

While there’s been a number of Burning Wheel campaigns on the site for some time, the total number of those campaigns rose dramatically in Q1 2021, but–this is worth noting–not all in a big, single clump, as one might expect. Instead, it was a very steady but still very dramatic consistent rise over the course of three months.

The quickest growing RPG in Roll20 last quarter wasn’t D&D; it was The Burning Wheel 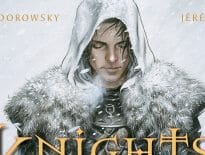 Comics It’s not about the iron mask: A review of Kn… 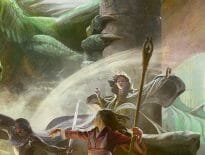