You are here: Home / TV / Anime / The second teaser for I’m Standing on a Million Lives trailer is sung by a virtual idol

A virtual idol means the music is real, but the public front is a work of fiction. Kaede Higuchi (Japanese Wikipedia page) is such a character. They have a YouTube channel with nearly 400K subscribers, but they’re not real.

They’re not real, and they sing the new opening theme to the second season of I’m Standing on a Million Lives.

The Isekai anime is one when it’s not clear what is real and what is not. In theory, it’s about some school kids who occasionally get teleported to a computer game-like world, where they are forced to stay until they complete their mission.

Virtual YouTuber Kaede Highuchi sings the OP, “Baddest”, and it is their first anime work.

The anime’s first season ran on Crunchyroll and the second season comes to Japan in July this year. 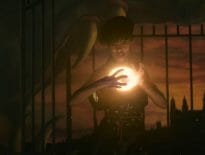 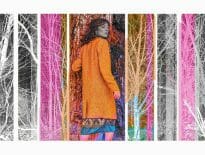