Isekai anime and manga is extremely popular right now. That’s a genre when the hero travels to a fantasy world, sometimes a fantasy game, and starts anew.

In Tokyo Revengers, Takemichi Hanagaki travels back in time, to his life, just with his memories intact and a chance to change the future. There’s no shiny fresh start for him, only a return to the world he thought he had escaped. A world that beat him once already.

Failure means the only one who was ever kind to him, Hinata Tachibana, will die. To succeed, he needs to join the Tokyo Manji Gang and take part in brutal turf wars.

Kodansha Comics have the English language manga on Comixlogy and describe the story;

Watching the news, Takemichi Hanagaki learns that his girlfriend from way back in middle school, Hinata Tachibana, has died. The only girlfriend he ever had was just killed by a villainous group known as the Tokyo Manji Gang. He lives in a crappy apartment with thin walls, and his six-years-younger boss treats him like an idiot. Plus, he’s a complete and total virgin… At the height of his rock-bottom life, he suddenly time-leaps 12 years back to his middle school days!! To save Hinata, and change the life he spent running away, hopeless part-timer Takemichi must aim for the top of Kanto’s most sinister delinquent gang!!

The series will be directed by Koichi Hatsumi, who has plenty of experience of brutal anime – with credits like Berserk and Deadman Wonderland.

The series is due to air on MBS in Japan on April 10th, and Crunchyroll has already confirmed they’ll be picking up the show for a simulcast. 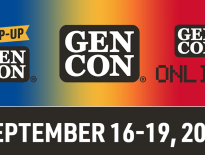 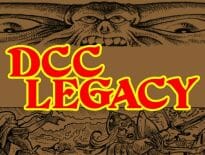