It looks like major RPG and tabletop conventions in the US and UK are happening this year, just reduced.

An announcement today from Gen Con confirms the show has been postponed until September 16-19.

There will be a capped attendance and a modified format in which Gen Con Online will run simultaneously with events and live streams. There will also be events at local game stores with pop-up Gen Con “retail activations”. That sounds pretty good.

After so many months of uncertainty, I remain hopeful about the future. I’m excited to get vaccinated, travel to Indianapolis, and stand once more upon the hallowed grounds of the Indiana Convention Center for a celebration of the games and culture that bring us together.

Meanwhile, the UK Games Expo still hopes to run from July 30 to August 1, but has some challenges.

It’s an earlier time than Gen Con, but the UK is relatively advanced in its vaccine rollout. However, the Hilton hotel, which usually co-hosts the Expo and is where games are played, will be closed. The NEC has limited the number of halls the Expo is allowed.

It has been a very difficult year for everyone and we are still hopeful that we can deliver a live show by the end of July. We are currently waiting for the outcome of the Events Research Programme which is due to report by June on how we can safely run a major event.

UK Games Expo will scrap the Bring & Buy, but are taking bookings from exhibitors, will have some open gaming tables but will add space between them and allow limited events. 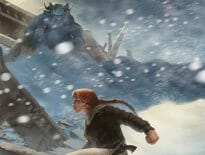 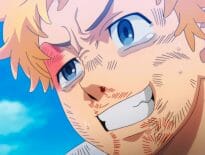