You are here: Home / Games / PC / Dark Alliance: Wizards of the Coast to publish their first computer game in June

We knew the Dungeons & Dragons computer game Dark Alliance was coming, and now we know it’ll hit consoles and PCs in June.

Dark Alliance is an action game and an over-the-shoulder adventure that channels titles like Gears of War and offers up four possible characters to play. The iconic dual-wielding drow Drizzt Do’Urden is one.

Chris Cocks, President, Wizards of the Coast, told the press;

Dark Alliance marks an important milestone for us as the first Dungeons & Dragons video game to be published by Wizards of the Coast. We’re excited to expand beyond the tabletop and deliver brand new type of D&D experience to long-time fans and new audiences when the game launches this June.”

Dark Alliance is the first game published by Wizards of the Coast. They bought the studio making it; Tuque.

Playing as the barbarian Wulfgar, I was able to wade into combat by wailing away at the right bumper and trigger, chaining together weak and strong attacks in multiple directions. I had access to a subset of special melee attacks, each one keyed to timed presses of the sticks and attack buttons. It was all very intuitive and snappy — even when demoed remotely, through game streaming software Parsec.

Fans will be able to grab a digital edition of Dark Alliance from Steam for £33.49 or a deluxe download that will include the Lice weapon set and an upcoming expansion for £44.99. There will be a steel book edition available at the £44.99 price point too. If you pre-order, then there’s an in-game Beholder weapon set waiting for you on launch day.

PlayStation 4 users will get a free upgrade to PlayStation 5, via a code, which will be handy if they change their machine. Pre-orders for Xbox One or Xbox Series X or S machines only need to buy the game once and it becomes available for both machines thanks to Smart Delivery.

Dark Alliance: Wizards of the Coast to publish their first computer game in June 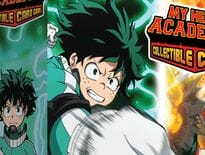 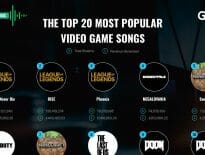