In January, Calliope Games had to tell British Kickstarters about a problem. Calliope had run a successful Kickstarter, funding the return of the classic Station Master but at the last minute, delivery had gone off the tracks.

In the game, you organise trains and passengers, but the start of the year presented a unique organisational challenge, and Calliope had to write;

I wish we had better news, but the fact is that we have pallets of your games sitting in the port in France, we have complied with providing every bit of testing documentation that they need to clear the pallets, and yet the authorities there simply will not release the games into the country.

The problem was Brexit. A Brexit compounded by COVID-19 added delays to new paperwork demands and an island exerting more controls on its borders.

The spreading virus, mutations bubbling forth from the UK, had persuaded France to close its borders for a day. The knock-on all but completely clogged the trade border as officials fought with new and labyrinthine regulations.

Calliope Games was one of many companies affected. It took Chaosium six weeks and two days to get Malleus Monstrorum into Britain.

Michael O’Brien, VP at the Call of Cthulhu and RuneQuest publisher, told me during the drama;

Our first attempt to send the pallet of Malleus Monstrorum slipcases to the UK got thwarted by our shipping agent’s warehouse in Calais being so overstuffed with delayed shipments they regretfully sent it all the way back to its point of origin (Poland). They simply had nowhere to store it. We then tried an alternative, shipping to Bristol. But it’s now a week past the estimated arrival date in Bristol. Hopefully, the pallet doesn’t turn up back in Poland.

Chaosium succeeded, and the Malleus Monstrorum did make it through to their UK warehouse the following week.

The impact of COVID-19 is inseparable from the effects of Brexit. The pandemic has meant that the Government in Westminster has paid for furlough schemes and offered grants. Tabletop companies in the country that have had their international orders dry up because of Brexit have also found themselves dragged into hibernation. It’s absolutely fair to say the pandemic made the situation even more confusing at the start of the year.

However, COVID-19 will hopefully fade as vaccines rollout. Brexit is here forever.

It’s not fair to say that careful planning by companies could have avoided the new Brexit-induced regulations. The regulations have been designed not to be avoided and to make it harder to conduct commercial activity across borders.

I was fortunate enough to speak to Fil Baldowski of All Rolled Up, who planned and took action for Brexit three years before the new systems kicked into place. Three years! What sort of action? Basic, sensible, but ultimately necessary steps like stocking up on stationery orders from Germany. Fil told me;

Three years ago, when it was absolutely certain that we were actually going to be leaving the EU, I just thought, oh well, okay. I just started preparing, started stocking up on things. I watched and kept an eye on everything that was going on.

All Rolled Up had invested in a larger physical space. Not only an area to make products but to store material. It’s a good tactic, but it’s expensive.

I bought a lot last year. We have everything now that if we want to be making All Rolled Ups or folding dice trays, we’re prepared. We have enough stock to make and sell probably for the next two or three years without really having to go buy lots of raw materials. But that doing that comes at a cost.

All Rolled Up make tabletop accessories, and many of the art decorated dice trays you’ve seen on big Kickstarters have come from them.

However, despite having storage space filled with the material necessary for the company’s survival, Fil told me they were making face masks from their supplies during the heart of the COVID-19 crisis, not tabletop goodies.

If you don’t know what tomorrow will bring, whether a convention will be called off or not, whether a Kickstarter will be delayed (and therefore not need the dice tray add-ons), it’s impossible to plan.

As the vaccines roll out and adoption in the UK is looking pretty healthy, confidence and conventions might return. The Brexit restrictions are only beginning, and Fil explained how shipping to customers outside of the UK has changed.

In the past, if All Rolled Up wanted to mail to Europe, all they had to do was stick a label on the envelope. Now they have to print that label, print the customs form and print the invoice and have them attached to the outside of the box. It’s more paper but, crucially, it’s more time.

The EU customers are now subject to possible custom charges and fees, depending on the product and thresholds to the country it is sent to. Also, if the incorrect tariff codes are used, that can cause delays in transit at customs and wrong charges given to the recipient. In addition, if an item sent to that customer is not made in the UK, it could also incur additional tariff charges.

With extra costs like that, Fil isn’t sure whether old European customers will come back.

I had a big rush of orders in the last quarter. My European customers, the people who sold in their shops, bought up a lot of stock, but I don’t know if they’re going to come back.

A significant difference is whether the retailer is VAT registered. There’s a critical gotcha for traders that Fil warned me about when it comes to roleplaying games.

… even if they only sell books, they’re going to get into a bit of hassle because they also sell starter sets. Starter sets have dice in them, and that means that’s a VAT-able product, and they’re going to be charged VAT if they import it from Europe. “

Matters of imports and exports are a one-off financial hit, albeit each time it happens, but what about protecting your Intellectual Property? Protecting games you’ve designed could mean the life or death of a company. Previously, agreements with Europe meant IP was protected in Europe if you filed with IPO in the UK. Not any longer. Now multiple legal filings are necessary, and each one costs.

I followed up the issue with VAT imports with Allan Wroe of Imaginarium Games who was busy with a Kickstarter for The Secret Files of Section D at the time. Allan was clear, Brexit had made trade a formidable challenge for any small publisher. He said;

As a first-time publisher, The Secret Files of Section D is something of an ambitious project. I wanted an offset print run rather than Print On Demand for quality purposes and, cutting a long story short, that means working with a European producer. Actually, the same one used by Modiphius and Britannia Games, to name a couple.

The exit from the European Union has caused some consternation, to say the least, with all the horror stories about VAT, import / export duties and handling charges. I was worried that I might lose some of my European backers to these issues. It’s hard to say for certain, but I feel there would have been more backers for the Section D Kickstarter had Brexit not been on the horizon.

The solution? Find someone like Fil who had mastered the issue and who specialised in games distribution. Allan did just that;

Before I launched the Kickstarter in November, I had already engaged with GMS, a UK based specialist in worldwide games distribution. Thanks to them, I had a pretty strong grasp on post-Brexit legislation, and we were ready for it. Yes, things are more complex now than they were before, but that’s the exact reason why I wanted Imaginarium Games to engage a knowledgeable partner for distribution.

It seems to me that a lot of the issues we’re seeing at the moment come down to poor preparation. That and some courier companies are definitely taking the opportunity to monetise the situation. That’s the real shame because it’s our customers who will ultimately either lose out or vote with their wallets.

Allan sums it up nicely. One of the goals of Brexit was to put more control on the transfer of people and goods into the United Kingdom.

Control will only work if people know what the controls are. With new tariffs in place, companies like All Rolled Up and GMS must use the correct tariff codes. The British Government has given large companies webinar training on the essentials such as getting the right code from the labyrinthine official website or the unintuitive tariff calculator, but small companies need similar training.

The only current support for small businesses is a single email address. All Rolled Up’s Fil told me that responses from that email address (one for every small business in the UK) are supposed to happen within five days, but sometimes late longer.

Geek Native featured out to the FSB, the Federation of Small Businesses, and they acknowledged the issue. The Government could be doing more.

We’d encourage all those who are making adjustments to their operations in light of new EU-UK trade terms to consult our transition hub in the first instance. The Government also provides guides and webinars designed for small firms, and you can apply for funding to access expert advice through the Brexit SME Support Fund. That said, new rules and charges are weighing heavy on a small business community still beset by Covid trading restrictions. We need to see more from governments where easements are concerned – increasing the threshold at which taxes and tariffs apply on imports and exports to £1,000 would be a good place to start. Equally, negotiators should be pulling out all the stops to strike new trade deals with nations beyond the EU.”

The COVID-19 outbreak has done much to obscure the true impact of Brexit, and we’re still living in uncertain times. Some hobby games have done well, people are buying more play-at-home games when they can’t go outside due to lockdown, and we’re yet to see what happens to demand in a post-Brexit, post-lockdown UK.

Life will be harder for tabletop game companies with more paperwork to deal with, more costs and more fragmented legal protection. 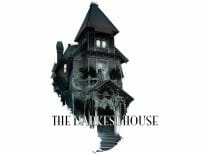 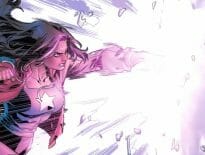 Comics Marvel airs America Chavez: Made in the USA traile…
wpDiscuzComment Author Info
Manage Cookie Consent
This site uses cookies 🍪, and links are ads that may earn bloggers some money 💰, and with this alert, I very much hope that these dark truths 🧌 are acknowledged.
Manage options Manage services Manage vendors Read more about these purposes
Preferences
{title} {title} {title}
Loading Comments...