Weird Works have launched an ambitious Kickstarter for a boxed set adventure, complete with standees, suitable for 5e or DCC, and they’ve only two weeks to raise $30,000.

Tournament of Pigs is a zero-level adventure. You’re not a hero in this quest; you’re a commoner trying to make it rich and not die. That’s a challenge, and as a result, players create more than one character. You can see the latest pledge level or join in from the project page.

The box set will contain two 28-card decks of items, the Tournament of Pigs campaign book, zero-level rules for 5e, a folding-flat arena board game, cardboard standees for commoners and monsters. Stretch goals may add more.

A medieval game show where the top prize is escaping with your life, the Tournament of Pigs is an unforgettable RPG competition that will push its contestants to their limits. The twelve events featured will test luck, but also creativity and improvisation. Do you think you can cook a fry cake good enough for the King? How good are you at wrestling greased piglets? Can you outrun an ooze down a slimed tunnel while tied to another hapless contender?

The game show, run by the King’s mad mage Falazar, is mixed. It’s not all deadly blood sports. The Tournament of Pigs includes riddles, puzzles and even cooking competitions.

Reading the previews, Weird Works has shared risks spoiling the game if you might be a player, but previews have been shared. That’s handy if the idea of a “board game meets RPG meets game show” needs some visual explanation!

A pledge of $10 will get you a Print and Play digital copy of the game. That reward tier also includes aspirational content that may come later in the shape of virtual tabletop assets for ROll20, Fantasy Grounds and Foundry.

The 100-page campaign book, but not the full boxset, is added to the rewards in exchange for a pledge of $15. You’ll have to pay shipping and decide whether you want the Dungeon Crawl Classics version or the 5e one.

The full boxset of Tournament of Pigs, which includes the digital edition, is unlocked that $40. That’s not very much given Weird Work’s campaign total.

Higher tiers add in stamps and even an online session with the Weird Works team.

Tournament of Pigs in digital or physical form has an estimated delivery date of August 2021. 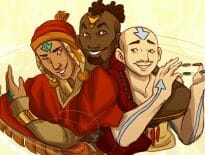 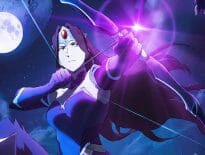