There will only be 1,500 sets of this collection made, and Exalted Funeral has all of them.

That feels like many sets for a single store, even one as successful as Exalted Funeral to sell, while also not very many sets of these dice and accessories overall.

The bundle comes with one dice set, a custom Agatha dice bag, 5 character cards with system-neutral stats on the flipside and 1 GM screen.

Head Lopper debuted at Heroes Con in 2013, and that was enough to get a Kickstarter for the second issue to fund in the same year. By 2015, Image Comics had picked up the adventure. 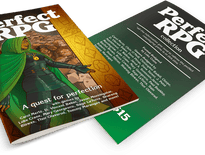 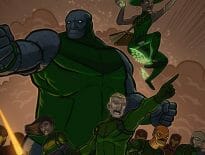