Luke Crane did fantastic work with the RPG The Burning Wheel but his Kickstarter has not gone so well. It’s been cancelled after an outcry of protest at the apparent discreet involvement of the controversial Adam Koebel.

A few months ago, Crane was Head of Games at the crowdfunding platform until being promoted to a VP role as Head of Community.

Yesterday, he launched the Perfect RPG Kickstarter, just in time to catch the end of Zine Quest 3, although the project asked for $6,200 to fund.

Sometime after launch, at the bottom of an oddly-reversed alphabetical list of contributors, it was noticed and discussed that Adam Koebel’s name was included.

Until yesterday it was believed that Adam Koebel had quit the public side of the RPG industry after death threats in response to a non-consensual sexual encounter he ran, without player permission, during a live stream.

Since then, Koebel had mutually ended other RPG commitments. In July, he left the Dune: Adventures in the Imperium project after a conversion with publisher Modiphius.

It might be a surprise to see Koebel’s name in an RPG project run by Kickstarter’s own Head of Community. As it turns out, other contributors to the project stepped forward to say that they had not been told of Koebel’s involvement. They wanted out of it.

Sage LaTorra, who previously co-designed Dungeon World with Koebel, was the first to speak up.

In response, Crane began to remove people’s names from the contributor list. As Twitter raged, and in just a few hours, it became clear that the campaign was unsuitable and was pulled.

The announcement was made privately to backers, but changes to the campaign’s front end have been made. In particular, Crane has removed the list of contributors to protect them from future harassment, which seems like an unfortunately necessary and wise step.

It’s a mess, folks. There are more questions than answers at this point, but it seems clear that the RPG community isn’t ready for Adam Koebel to return. Given Luke Crane’s responsibility at Kickstarter around the community, he now has first hand and red raw experience of a situation that needed swift action and clear communication. 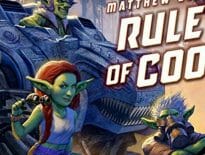 Books Pretty Cool: A review of the Felicia Day narrated … 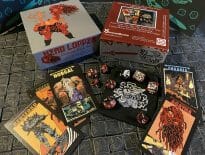