You are here: Home / Games / Geeks agree with non-geeks that shooters like Overwatch help teach teamwork

Games like Overwatch, Rainbow Six, Call of Duty and Destiny are designed to be fast, frantic and fun. It’s not just about keeping gamers’ attention; the associated eSports can be worth millions of Dollars.

Teamwork is often as essential as individual skill. Destiny codifies fireteams, raids, and Crucible action into the game’s very concept, and the others lean on squads and teams.

However, does any of this teamwork have any real-life benefit? Does playing computer games where you have to coordinate with other people make you a better team player outside the game?

Just before Christmas, Geek Native had a copy of The Cinematic Art of Overwatch to giveaway. It’s a gorgeous book packed with the art of the game. That competition is closed now, but to enter it, contestants had to say whether they thought games like Overwatch taught teamwork.

The competition attracted about 100 responses, and the clear majority of respondents agreed that shooters, games like Overwatch, helped teach people about teamwork.

Overall, 83.33% of people thought that these games helped teach teamwork and only 16.67% did not.

Usual disclaimers apply; this is not a scientific survey. There was no control group, and the prize was The Cinematic Art of Overwatch so there is likely some bias. However, not everyone who entered identified as a geek.

Whenever Geek Native runs a competition, a few eagle-eyed people who don’t read the blog, aren’t even geeks, who take part. The contrast is welcome as it allows comparisons like this to be made.

Geeks are more likely to say that shooters help with teamwork, but there is no question that there is general agreement.

85.7% of geeks said that games like Overwatch helped teach teamwork, and 80.6% of non-geeks did. 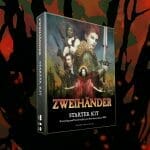 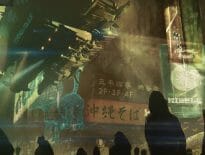