Onyx Path Publishing is a Kickstarter power and regularly score campaigns worth tens of thousands and often have a campaign on. The crowdfunding campaign for Mage: The Ascension 20th Anniversary Edition – Victorian Age has gone to Indiegogo, though.

Why? Onyx Path says they want to test alternatives.

The Victorian era is a critical time for the Mage setting. During this time, the Order of Reason rises to power and with it the seeds of the Technocratic Union. The RPG in the period in which the Traditions begin to falter.

A deluxe hardcover of Victorian Mage is the target of this campaign. Onyx Path wants to fund a leatherette-style hardcover, with full-colour interior pages, a silk ribbon and an embossed Victorian Mage logo on the cover.

The Order of Reason spreads its wings, and the world burns.

We lie to ourselves.

The great engines of the Empire are all-consuming beasts, heedless of anything but their own hunger — for riches, for lives, for land. Everything falls before their advance. Nations are ground to dust. Histories torn apart and set aflame. Treasures seized and their secrets plundered.

We will chain the world and all its magickal wonders.

Who will stop us?

It’s a pledge of $30 to secure a PDF copy of the book as a reward. That fancy hardback requires a $75 backing, and OPP are offering worldwide shipping.

Onyx Path has given November 2022 as the estimated delivery for the PDF, but it won’t be until July 2023 that they think you’ll get the hardback. 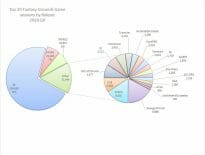 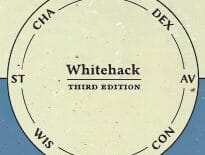