You are here: Home / Games / Tabletop & RPGs / Vault of Magic for 5e: Celebrities and Kobolds raise a quarter of a million

Kobold Press have another strong performing Kickstarter on their hands. The respected publisher is offering over 800 new magic items for D&D 5e, and they’ve a shiny collection of RPG celebs who have contributed their own ideas and write-ups.

Vault of Magic for 5e asked for $50,000 to fund, which for very many publishers would be a challenging target for a D&D supplement. At the time of writing, Kobold Press still has 22 days on the project, and over 4,150 backers have pledged $240,000. You can see the latest total or join in from the project page.

This grimoire of new magic items for 5th Edition campaigns brings wild surprises to your gaming table, from unknown potions, to fabled weapons and armor, to everyday magic that could become a campaign staple.

There are three editions of the hardcover on the line for this Kickstarter; a regular one and a special edition with a leatherette cover, two-colour foil, a ribbon bookmark and special endpapers. The usual promise is in place; the special edition will be strictly limited, only a few hundred printed, and never made again. The third book is even more exclusive.

Along with the books and the expected PDF, there’s also Roll20, Fantasy Grounds and Shard formats so you can take your Vault of Magic inventory to your favourite virtual tabletop.

800 magic items are plenty, but stretch goals, which still haven’t been claimed, will add plenty more.

A pledge of US$25 (about £18) will get you the Vault of Magic PDF and previews and updates along the way. The digital edition can be expanded to also include a VTT integration of your choice and PDF for $39.

The first hardcover is unlocked at $49, which includes the PDF but excludes shipping and the VTT expansion.

The limited-edition is quite a jump up and is included in the rewards for pledges of $77 or more.

The second-highest tier (excluding retailer options) is selling out, and it offers the limited edition hardback, the VTT and PDF.

The top tier, which will set you back $599, offers up a handbound leather book with a gold-stamp cover and digital expansions.

All the tiers, except the handbound leather book, are expected to ship in October. You’ll have to wait a month longer for one of those ultra-rare copies.

Vault of Magic for 5e: Celebrities and Kobolds raise a quarter of a million 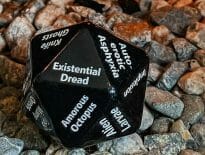 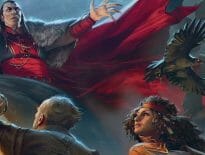