Joseph Fiennes, Richard Armitage and Sheila Atim have all been cast, and the five books in the new series are due out this March. You can pre-order them from Audible and other audiobook sites.

Joseph Fiennes features in this iconic Judge Dredd story. Judge Dredd: American that put it beyond debate that the grim judge was an unabashed political commentary on society.

In Mega-City One, the Judges are the law – acting as judge, jury, and executioner. But how do the citizens really feel about a system where they are powerless?

America Jara and Bennett Beeny grow up as best friends, living a fairly trouble-free life in a dangerous city…bar the odd, negative encounter with a Judge. Time draws them apart, and when they are brought back together, Beeny is a successful singer and America has become involved with a terrorist organisation known as Total War, which has the Justice Department in its sights!

This dark and complex tale is considered to be one of the best stories to ever come out of the Judge Dredd universe.

Welcome to Sector House 301, the isolated dumping ground for Mega-City One’s every misfit and foul-up Judge. Nicknamed The Pit, the sector house holds many dark secrets, and the discovery of one of them may have led to the death of Sector Chief Rohan.

Sent to take over The Pit is Judge Dredd. Together with a small team of trusted Judges, he uncovers a trail of deceit and murder that leads to the very top levels of command. The only question is, will Dredd live long enough to bring the culprits to Justice?

Richard Armitage and Nina Sosonya star in this story about humanity on a vast living space platforms and on the brink of extinction.

Late 21st century and Earth has been reduced to an uninhabited wasteland. What was left of humanity was evacuated into overpopulated space stations, or ‘Habitats’. A hotbed for crime and strange new religious sects, the Habitat Security Division has no shortage of work.

No-nonsense Investigator Bridget Kurtis soon finds herself embroiled in a life or death struggle with a sinister cult, and what she uncovers has disturbing implications for the future of the human race….

The Ballad of Halo Jones

A galaxy-spanning story and comics’ first bona fide feminist space opera, The Ballad of Halo Jones is the first true epic to grace the bibliography of arguably the greatest comic book writer the world has ever known.

Bored and frustrated with her life in 50th-century leisure-ghetto housing estate ‘The Hoop’, 18-year-old everywoman Halo Jones yearns for the infinite sights and sounds of the universe. Pledging to escape on a fantastic voyage, she sets in motion events unimaginable; a spell on a luxury space-liner, a brush with an interstellar war – Halo Jones faces hardship and adventure in the name of freedom in the limitless cosmos.

Told by Colin Morgan (Merlin, Humans), Slaine is the story of violence, heroism and Celtic mythology.

For too long the people of Tír na nÓg have suffered under the dominion of the drunes; strange druids who have poisoned the land with their magic. Sláine has had enough of their tyranny and, through the Earth Goddess, he learns some shocking truths about the priesthood and his own future.

Now Sláine must unite the four kings of Tir-Nan-Og and use their mystical weapons as he and the Sessair tribe prepare for all-out war! 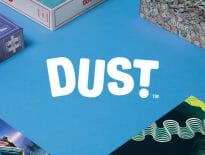 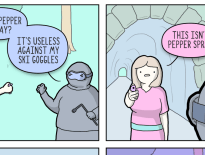