Rebellion, the publisher of 2000 AD and owner of the Treasury of British Comics has struck a deal with the publisher Penguin Random House.

What could Rebellion need from another publisher? Support with audiobooks.

As a result of the deal, some 30 titles a year from Rebellion’s collection of sci-fi, fantasy and horror stories will be transformed into audiobooks. This will bring fiction from the likes of Chuck Wendig, Katherine Addison, Derek Künsken and Adrian Tchaikovsky to new ears.

The first audiobook from the new team-up is available from today. Chuck Wendig’s Wanderers is available on Audible and other sites.

Wanderers has two narrators; Dominic Hoffman and Xe Sands. In fact, multi-voice narration, sound design and even original music are part of the Penguin Audio offer.

Even more ambitiously, Penguin Random House will record and produce adaptations of 5 new graphic novels in the 2000 AD series.

Does that mean we’ll get Judge Dredd audiobooks? There’s a few already, such as Judge Dredd: Year One – Omnibus from Recorded Books, but this new partnership might release a half-dozen more.

Rebellion is the UK’s leading comic book publisher and home to Hugo and Nebula award-winning fiction from our Solaris and Abaddon imprints, and as such we’re delighted to partner with Penguin’s forward-looking audio team. Their appetite to bring both our fiction and our landmark graphic novels to the audiobook market is tremendously exciting. We can’t wait for the public to listen to the incredible stories in the works.” 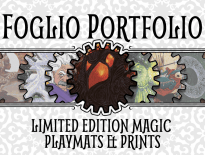 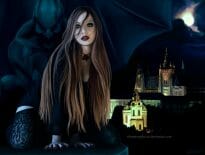