You are here: Home / Books / Impress your friends and torture yourself: A review of The Board Game Book

This would make a great coffee table book. It took just a few minutes with The Board Game Book to realise just what an excellent gift and distraction it would be. It’s gorgeous.

I have a PDF review copy of the Board Game Book. I don’t have the hardcover, though I may actually buy it, it deserves to be. This is precisely the sort of “pick up and browse” delight that you want available to friends while you’re waiting for the rest of the adventuring party to turn up or while Dan looks for somewhere to park the car.

I tracked down the Kickstarter for the project and at 1m20s caught editor Owen Duffy say;

It’s going to be the kinda thing that you would happily display on your coffee table.”

So, unless Clyde & Cart Press, the publishers, somehow ruin the print version, I predict The Board Game Book will become an annual success. It’s easy to imagine the book growing in influence so that games publishers relentlessly pitch to get their games included. If that happens; I hope the editorial team resists. Why? The Board Game Book is handy for its independent ability to curate the board games of the year and surface the ones you should be interested in.

The Board Game Book preview

That preview does a reasonably good job at showing you the professionally crisp and clear layout The Board Game Book has, but as it doesn’t show many sequence pages, you don’t get to appreciate the impact of the success.

The Board Game Book review

The writing team are talented. Step up Owen Duffy, Matt Thrower, Teri Litorco and Richard Jansen-Parkes. This is a team that writes about games for prominent, traditional and mainstream publications. They’re proper writers, reviewers and media people. It’s almost inappropriate that a proto-pundit like this blogger gets to keyboard tap anything about their writing at all.

I suspect a big part of The Board Game Book’s success is because it’s so safely in the ballpark of the writers. A brief like “Give me a few hundred words on this entertaining board game” is an open goal for them. A task like “This well-known game designer has an opinion on interesting subject x. Find out what it is.” is music to their ears. No wonder The Board Game Book scores so highly, there was a team of professionals taking turns to take a penalty in front of an open goal. Oh, gods and chaos magic; I just used a sportsball metaphor. Suffice to say; the writing in the book is top class.

Obviously, it’s not perfect. I notice a decision maker dumped the year from the name of the book and went with volume 1 instead. I see why. Mid-way through the year is too late for a ‘2019’ book and too early for a ‘2020’. How do you even date board games? When the Kickstarter starts? When the backers get their game? When it gets into retail? For that matter, do games need to hit FLGS to qualify?

Nor is The Board Game Book a book you read. You can’t sit down and read this cover to cover, although that is what I tried to do when I first opened up the PDF. There’s this great forward from Ian Livingstone, himself, and the temptation is to keep reading, but you can’t. It would be like reading an encyclopedia. You skim. You browse. You put the book down and pick it back up after dinner. You’ll wave it in front of friends because you know it’ll make them jealous.

It helps that so many board games are gorgeous these days.

I’ve said I can see The Board Game Book becoming an annual staple and growing in influence. It’s true. They might not even need a Kickstarter next year… but surely they’d consider doing one anyway?

The hobby right now is booming. Writing for Bloomberg this week, Eric J. Francis reminds us that the industry might be worth $12 billion by 2023 if we include tabletop RPGs.

I think while we’re in the boom The Board Game Book has fertile ground from which to grow. I think it’ll suffer from a slowdown. If fewer Kickstarter projects are churning out fewer exciting games, then there will be less need for curation and much less to write about.

The Board Game Book looks like an authority in that $12 billion market boom. It’s easy to recommend the book. I do. I wait, worry and hope for a serialised success made possible by the perma-health of the industry. Ambitious? Perhaps, but it feels good.

While owning The Board Game Book might be torturous at times, putting ideas of buying just one more board game for the collection, the overall recommendation is a big thumbs up. Please your coffee table and grab the book.

My PDF copy of The Board Game Book was provided for review.

Are you a Kickstarter backer on the project or have you found and bought the book independently? I’d love to hear your thoughts on the tome. Did it meet your expectations?

Impress your friends and torture yourself: A review of The Board Game Book 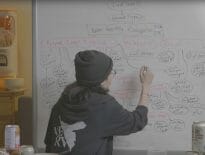 Anime It takes an hour just to summarise all 37 Evangeli… 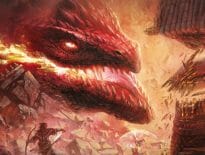 Tabletop & RPGs Studio Agate unveils Fateforge for 5e with a free …
wpDiscuzComment Author Info
Manage Cookie Consent
This site uses cookies 🍪, and links are ads that may earn bloggers some money 💰, and with this alert, I very much hope that these dark truths 🧌 are acknowledged.
Manage options Manage services Manage vendors Read more about these purposes
Preferences
{title} {title} {title}
Loading Comments...