You are here: Home / Games / Tabletop & RPGs / Dark Trails RPG rebrands as Weird Frontiers to avoid a fight with Chaosium

Dark Trails is a standalone weird West RPG from Stiff Whiskers Press that is running late. A last-minute twist, a legal letter from Chaosium has resulted in a name change.

Dark Trails is based on the works of HP Lovecraft and draws on Cthulhu mythos. However, Call of Cthulhu publisher, Chaosium has Down Darker Trails, and the trademark, and was worried that potential customers might confuse the two or assume a connection where there was not one.

However, despite causing delays, a resolution has now been found. Stiff Whiskers Press will rename the RPG to Weird Frontiers and has been financially incentivized to do so. The details haven’t been shared, but perhaps Chaosium paid for some of Stiff Whiskers’ rebranding costs, and then some.

Should I be pissed at Chaosium? Absolutely not! I have tried very hard to keep the peace with Chaosium since this all began, and I’ve never spoken out against them on social media. If anything, I have tried to keep the peace with friends who are also long-time big supporters of Chaosium and were aware of the issue. I am a big believer in live and let live, so I have never taken down posts in the FB group mentioning Down Darker Trails. I honestly believe both games can be used in different ways together to add some punch to either system, and many folks have already noticed. All of the current Down Darker Trails books sit on my bookshelf (I just hope I have time someday to read through them). 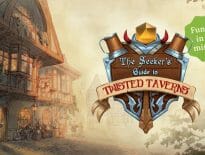 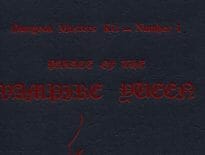