Dying Stylishly Games’ crew of Emily Allen, Sarah Carapace and Mxtress Khan have a Powered by the Apocalypse Kickstarter success on their hands with Dungeon Bitches.

I see a lot of Kickstarter pitches. I don’t often see games called Dungeon Bitches that introduce themselves with a trigger warning for gore, nudity and sexuality. It’s easy to see why Dungeon Bitches gets people attention.

Why “bitches”? It’s a word that is often used to label a woman who’s not being “compliant”. That’s the lens of a patriarchal society. Dying Stylishly Games are clawing bitches back, owning it, and it seems very much in keeping with the game. At the time of writing, the goal of $5,000 has been smashed with $15,000 pledged. You can become a Dungeon Bitch by pledging at the project page.

In the game, your character is a woman (at least; not male), queer and does not fit in with society. There’s one place to go; the dungeon.

A Game in Which Disaster Lesbians get Fucked Up in Dungeons

There’s one stat for damage, be that physical, mental or anything else; hurt.

However, in the game, characters also get the chance to strengthen their relationships with others through Bonds.

Rules are light, and there are four stats; queer, subtle, hard and soft.

A pledge of $10 will get you a PDF copy of the book and your name in it. If you can stretch to $20, then you’ll get a supplement of your choice.

$30 is enough to get a print-on-demand code for a hardback, in premium colour, version of the RPG.

There are higher pledges if you want more supplements.

Irrespective of your pledge, the estimated delivery is in September this year. The game is finished, sans the art and editing. 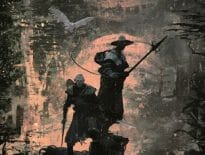 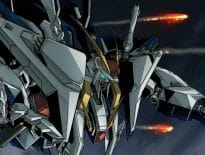