Mobile Suit Gundam: Hathaway will head to Japanese cinema in May, after a lockdown induced delay and with 214 screens showing the anime it has broken the Gundam franchise record.

The official Gundam channel is running this trailer, and if you toggle your YouTube settings, you can get English subtitles.

Senior officials abused their privileges and forcibly deported illegal residents into outer space in a practice known as a manhunt.

Year UC 0105. In order to break the dilapidated system of the Federation, the secret organization Mufti begins its operations.

We follow the daily life of Hathaway Noa , still haunted by his past actions during the war, who joins the terrorist organization Mufti and adopts the alias of Mufti Nabiyu Erin.

In one of their operations against the Earth Federation government, the group acquires the incredibly powerful prototype Gundam, of which Hathaway becomes the pilot …

It’s a set of stories that follow Hathaway Noa, who appeared previously in the 1988 film Mobile Suit Gundam: Char’s Counterattack. Hathaway is the son of Bright Noa, an influential captain in the Federation.

The books pick up from the dramatic final of Char’s Counterattack. 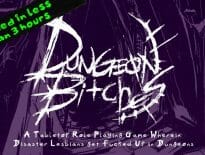 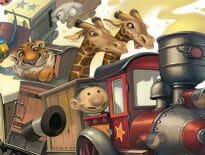