You are here: Home / Games / Tabletop & RPGs / How to handle romance and sexuality in RPGs

Dying Stylishly Games’ Dungeon Bitches has a week left to run on Kickstarter. The indie asked for $5,000 to fund the project and, today, over 800 backers have contributed nearly $30,000 instead.

The tagline for Dungeon Bitches is “A Game in Which Disaster Lesbians get Fucked up in Dungeons”, and the Kickstarter project digs into what that means. “Bitch” is often used in response to a woman being neither compliant nor subservient. In the RPG, which contains a warning of gore, nudity and sexuality, these non-conforming women band together through the dungeon. It’s a game about relationships, pain, and it is very gay.

Emily Allen is the designer and author, and her previous RPG books include the ENnie-winning Stygian Library, The Gardens of Ynn and Esoteric Enterprises.

Emily has kindly agreed to share some insight into Dungeon Bitches’ topics that some narrators and players might be most worried about; not the non-conforming, or the horrible monsters, but sex and romance in a tabletop RPG.

How to handle romance and sexuality in RPGs

A lot of RPG stories focus on the player characters having to overcome an external threat. Here, the stakes are obvious and the course of action is clear; do what you need to do to win.

Love stories shake that up. There is no clear ‘win’ to them, it’s about characters working out what they want and how they can connect with one another. The stakes are inwardly directed, about the characters’ emotions and connections to each other. And often, the end goal isn’t clear and you’ll need to work out what your characters even want and how they feel about their relationships.

All this means that romance in RPGs gives you a lens to examine your characters inner lives in more detail. It lets you tell stories that are more personal, more intimate. It’s a chance to really get inside your characters’ heads and explore their inner feelings.

Romance and sexuality in RPGs can involve a great deal of OOC emotional investment. Since our PCs’ emotions are key here, we need to be comfortable delving into that territory.

So, romance in fiction works because of the uncertainty. We aren’t sure if our protagonists will get together, and if they do we aren’t sure how. Play into this. Let your characters have emotional obstacles, and leave how they’ll be resolved open.

Let things be messy and undefined and, from the chaos, see what emerges and what decisions characters make.

One thing to absolutely avoid is what gets called ‘seduction mechanics’. You all know what I mean here, the classic ‘I passed my charisma roll, that means she’s into me’. This is shitty for a few reasons. It treats romance as an obstacle to be overcome, frames things competitively. It doesn’t leave space for your partner’s agency. Essentially, it resembles many of the worst, most toxic patterns we see in patriarchal society.

Instead, keep flirtation playful. Make it a back-and-forth between participants, with comparatively low stakes. For each flirt that gets made, let the recipient choose how to respond. Do they reciprocate, rebuff advances, lead them on? Let interactions unfold organically.

As things intensify from casual flirtation to something more serious, set up scenes to spotlight that. Give the characters moments alone together and see what happens. Put obstacles between them and see how they respond. Probe at the relationship.

Above all, keep things uncertain and moving forward.

So, maybe it gets to a point where characters can be intimate with each other. This might mean sex, but equally it might be a chance for a heart-to-heart conversation, maybe with some smooching. Or it might be both!

Firstly, this is a time to check in with your safety tools, and make sure everybody’s comfortable and nobody’s boundaries are being crossed.
Secondly, resist the urge to play the scene for humour! Humour is a way to deflect from any actual emotional intimacy. When a love scene is being played for comedy, you lose the ability to create something more deep and personal.

Here, its common to ‘fade to black’ – ending the scene on the understanding that intimacy is going to happen, but not actually roleplaying it. While you can do this – and it might be the best option if people at the table are uncomfortable discussing sexuality – you don’t have to. It’s one end of a sliding scale. You can actually roleplay out the scene, and doing so can be very rewarding.

If you do roleplay these things out, it’s best to do it in broad strokes. You don’t need to detail the actual acts performed. Get the basic tone down – Is it slow, romantic, rushed and desperate, drawn out? Who’s dominant, who’s receptive? – and you’re good. What’s more important is what the scene means. What’s going through the participant’s heads? What are they feeling, how does this change things for them, what do they want?

Intimacy gives you a chance for the characters involved to really know each other. To reveal parts of themselves that had been kept hidden, or see who each other are beneath their layers of defence and pretence. How do your characters react to that new knowledge? Now that they’ve really seen each other, can things stay the same?

More than anything else, intimacy is a turning point for a relationship. It might pull a couple closer together, or reveal fault-lines pull them apart. Regardless, things aren’t the same afterwards; if a scene changes nothing, then you can skip over it.

It can be easy to assume that romances in your game will be monogamous, but this isn’t always the best option. Monogamy can lock you into a set relationship, leaving less room to explore things with other characters. It sets you on a specific path, with few options other than ‘the relationship succeeds or fails’.

Polyamory has the opposite problem. If everybody can hook up with everybody, you get less tension, less need to choose somebody. Love triangles can create delicious dynamics, and everybody being completely poly negates that tension.

The best solution is to aim for a sort of in-between space. A character might want to be monogamous, but be torn in multiple directions by different paramours. Or they might want to be open and poly, but struggle with jealousy or insecurity. This middle-ground gives space for the uncertainty that makes romance really work in games.

The key to making romance work in RPGs is to keep things uncertain, and to focus on the characters’ inner lives. If a PC is asking themselves “How do I really feel?” you’re doing it right.

How to handle romance and sexuality in RPGs 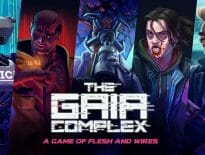 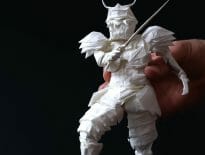