Irregular Reconnaissance: Anime is a collection of short reviews, and as the name implies, there’s not much of a schedule, the scouts get back only when there’s something to report.

Last week, the large anime streaming site Crunchyroll made a report of their own and shared infographics revealing the most popular anime by country for 2020. If you’ve been following IR during 2020, then I’m pleased to say you’d be familiar with 90% of the list.

As this week’s collection reminds us, though, it’s not always new and fresh anime that gets covered. We want some diversity in the anime scout reports.

With that in mind, what have you seen recently, old or new, that you think is a hit or miss?

Suppose a Kid from the Last Dungeon Boonies moved to a starter town?

Two episodes in and it’s clear there’s enough material here to make the joke work and last. Let’s hope it holds up.

The joke, of course, is the nod towards computer RPG designs. You start playing in an area with weak NPCs and weak monsters because your character is weak and designers want balance. By the time you’re in the area of the last dungeon, the boonies on the edge of the world, everything from wildlife to humanoid foe is high level and deadly.

So what is a “weak” young man from the town outside that last dungeon wanted to go to the royal capital and become a soldier? He has no idea how strong he is.

Hints of the plot come from the fact that the royal capital is on the edge of war and someone is pulling strings from the shadows.

Wandering Witch: The Journey of Elaina

I swapped in the Wandering Witch to my anime schedule when I gave up on Sleepy Princess in the Demon Castle for being repetitive.

I’m glad I did, but Wandering Witch seems to be playing it safe for now while hinting at things bolder to come.

In Wandering Witch: The Journey of Elaina a young girl falls in love with the story of a wandering witch, so trains hard and becomes an apprentice witch herself and sets out to copy her idol and travel the world too.

The reports are there’s a no up-skirt panties rule for the show, despite all the flying around on broomsticks, because the creator does not want the characters sexualised in the way.

Sound wholesome? Largely, yes. However, each of the new Wandering Witch’s stop-overs has a fairytale-like a message underneath the surface action, and some are quite dark.

So far, safely average… but what if the series embraces that darkness?

Status: Average, hinting on being better.
Where: Funimation

I’ve been struggling with Air Master for a while. It’s not because it’s a dated show or even it’s (assumed) attempt to do girl-power goes has gone badly wrong… it’s because it’s the same story told again and again.

A new tough guy appears on the scene, friends are menaced, and Air Master turns up to kick butt and sort things out.

I can’t even figure out what they’re building up too. I suspect it’s yet another fighting contest.

Frankly, I’m so close to the end of the series I don’t want to quit, but it’s hard to make time for Air Master. Perhaps I’ll put it on for a bit of multitasking as it’s not as if it needs much attention to figure out what’s going on.

The Great Pretender is neither CGI nor painstakingly hand-illustrated life-like backgrounds; it is a vibrant wash of colours.

Plotwise, The Great Pretender does little wrong either. Sure, it’s not an action anime, but I remember my initial concerns when the trailer started to air – I hope the series doesn’t glamourise conmen, I noted. That’s an issue they tackle.

Give The Great Pretender some leeway, some benefit of the doubt, and you’ll soon be left wonder what’s real and what’s an illusion and, likely, despite your diligence, you’ll still be surprised.

A Lull in the Sea

Well, well, well… I’m pleased to have been proven wrong. A Lull in the Sea is a show about kids from two villages. One village is under the sea, and each morning a few kids swim up from it to go to school in the village on the land.

The first couple of episodes are all about life, growing up and relationships. People make hard choices, they make mistakes and put them right the best they can. All the while, it’s a gorgeous anime with life under the sea looking both mundane and surreal at the same time.

I settled in to watch a solid slice-of-life.

Then the curveball comes. I don’t think it’s a spoiler to say that there’s a time jump. Why write an anime about an underwater village if you weren’t going to use it?

Are there any shows in particular in the streaming platform’s early 2021 slate that you’re especially looking forward too? 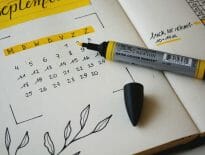 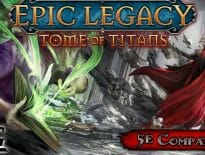