You are here: Home / Games / Tabletop & RPGs / For the third year in a row, Dune is one of the most anticipated RPG of the year

EN World has compiled thousands of votes and produced the The 10 Most Anticipated Tabletop RPGs of 2021.

This year it’s a draw.

This year, for the second year in a row, Dune has the top spot. It’s the third time the roleplaying game has made the top then. The only difference is that Modiphius’ game shares the place with Free League Publishing’s Twilight: 2000 (5th edition).

In addition to the tie in the first place, there are some quirky results. SLA Industries is out, at least to Kickstarter backers although the game wasn’t promoted on retail until 00.01am on the 1st of January.

The chart also shows how unhelpful it is that (as per Wizards of the Coast’s instructions) referring to D&D as 5e as a compliant brand reference is unhelpful. There are other fifth editions, other 5es, out there.

Which publishers appear the most often?

Geek Native maintains a table of EN World’s survey results, working out which publishers have appeared the most often.

Fortunately, unique listings are also tracked so we can compare with or without duplicate Dune RPG lists. Dune: Adventures in the Imperium is now on pre-order and so we are very likely to see it in 2021.

Corrections – 4th Jan: An earlier version of this article said Dune had one 3 years in a row whereas 3 years ago the RPG came in sixth. The creators of Level Up have said the game is a full RPG. Details have been added to SLA Industries; it was available to Kickstarter backers before 2021 and has a release date of 31st of December on DriveThruRPG but the download wasn’t promoted to the general public until the 1st of January.

For the third year in a row, Dune is one of the most anticipated RPG of the year 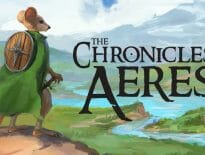 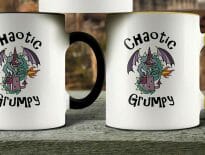