You are here: Home / TV / Anime / How Not to Summon a Demon Lord Omega doesn’t hold back in the trailer

The trailer for How Not to Summon a Demon Lord Omega makes it crystal clear what sort of anime the show is.

It wasn’t so clear with the original series, it ended Geek Native’s Irregular Reconnaissance anime mini-review series and left with a below average rating. Your experience may differ.

The premise of the show is that two warrior women both try and summon a demon lord. They fail and end up bound the person they summoned instead. That person is a gamer from real-life now stuffed into an overpowered demon lord’s body who has to fake the attitude.

Despite having some politics and mighty battles in the background, How Not to Summon a Demon Lord is really a fan service vehicle.

Based on Yukiya Murasaki’s How NOT to Summon a Demon Lord light novel, the anime aired in Japan in 2018 and was picked up by both Crunchyroll and Funimation. 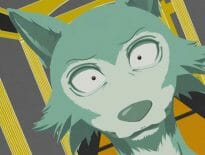 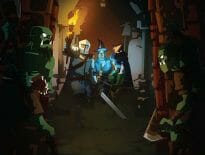