Dead Channel Studios have launched a modest Kickstarter campaign to fund the third part of their 5e epic The Cursed King. If you don’t have the first two parts, then you can get them in this Kickstarter and, if you’re quick, at a discount.

In the campaign, which is intended to be a 5-year project, characters are investigating the myths and mysteries around an old king and the Flower of Lythillium. You can join the campaign at the pitch page.

I had the chance to ask Lewis Fraser some questions about the Cursed King.

What’s the mood and feel of the adventure like? A fantasy romp? A dark fairy tale? A horror? Something else?

The adventure is a grand mystery that takes place in a brand new setting, Kha. You come seeking a fabled relic called the flower of Lythillium. You’ll uncover the mystery behind the island and learn of its culture, exotics, and danger.

If the campaign for episode 3 is successful, do you have a rough idea of when episode 4 or 5 might be ready?

We are hoping to get all parts funded in this Kickstarter! no matter the pledge everyone gets all the stretch goals. If not, we shall return to get each part funded.

If you need all three parts of the adventure, then the early bird for the PDF is £20 which rises to £24 later.

There are higher tiers available with dice, digital map backs and even custom artwork available later. 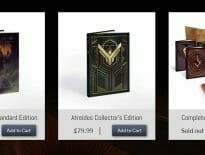 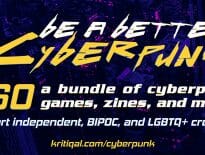