See You In Hell is an RPG inspired by games like Doom from Silver Hoof Games. It costs US$9.99 and is available from Itch.io.

Silver Hoof Games’ Twitter account says they are based in Russia. Letitsia Kevarkova translated this English version from Sergei Rovenkov’s original, with Victoria Treskova on editing and proofreading.

You can tell the game as been translated but in no way is that a determent to the game. The oddest quirk perhaps the use “Elements” where many other RPGs would probably say “Equipment”. Other than that, the word choice actually adds to Doom / Rage / Wolfenstein vibe.

Gregormack does the art, and it’s pixel goodness. You’ll be able to see a few examples in this review. So, yeah, you’ll get a Doom RPG vibe off SEe You In Hell but not a shiny watch-my-Twitch-stream 2020 Doom, but an old school original feel.

There’s neither gore in the art nor the text. However, See You In Hell is a game in which your descriptions are supposed to provide that. This is an ultraviolent RPG. One paragraph of text is provided as a sounding board for you and your players. Is this your sort of flavour?

Livingston shoots his forearm off, exposing white bones and ribs. Then he pulls out the pin and squelches the grenade into the obsessed man’s chest. With a heavy right kick, Livingston pushes the body over the parapet into the abyss, where it explodes. The head soars up like a rocket.

A bit like Starship Troopers, what’s important in terms of plot in See You in Hell is that there are enemies, they need to be shot, don’t overthink it just reload that gun and fire one more time.

Combat in See You in Hell

Characters have rage points and approaches. Approaches are ways these tough guys (or gals) murder their way through hellspawn. You can be bloodthirsty or cold-blooded, tough or swift and confident or provident. If you can describe how your approach fits into the scene, then you roll 2d6; otherwise, it’s 1d6.

In combat rolling a 5 or 6 on any dice means the death of as many foes as you have Rage and Wound points. That’s right; the more injured you are, the more mobs you murder. If you roll a 1, then the GM picks something bad that happens (and you might roll a 1 and 6). Bad things include becoming wounded, alarms going off or just failing to kill things.

As noted above, Rage points increase the number of things you hack and slash through. Good news, vividly describing your ultraviolent hacking and slashing will increase your Rage points. Timid descriptions do nothing. See You in Hell is not a game you get away with “I hit him with my axe”.

If you want proof that See You in Hell is like no other roleplaying game; once the first character in the party hits 5 Wounds, the final boss, the Lord of the Underworld.

It’s only in the boss fight that any PC can die.

Not combat in See You in Hell

Most things are a fight in See You in Hell.

At the start of the game, however, characters get given a task. It might be something like rescuing the prisoners or destroy the psy-cannon.

If the hero achieves their task, then they get a bonus for the boss fight. That’s a motivation for you.

See You in Hell is 61-pages, but a third of those are character sheets and task cards.

The main RPG uses a large font and a single column. It doesn’t beat around the bush. I think you can read the RPG in less than thirty minutes and send your flatmates to Hell shortly afterwards.

It wouldn’t feel right if this game had a refined and elegant layout. That said, we’re not dealing with ungainly blocks of text either. Wisely, See You in Hell uses small paragraphs and sensible use of coloured bullet points.

Dice use icons to represent rolls of 1, 5 and 6, which helps add a little more variety. While there’s art, and I like it, it’s not abundant. See You in Hell’s ultraviolence lives very much in the theatre of the mind.

I enjoyed See You in Hell. The question as to whether it’s worth $10 is a little more complicated because it depends what you’re used to. I think it’s good value for an innovative Russian RPG translated into English.

I doubt you have anything quite like this single-minded tour de force in your collection.

Disclosure: My copy of See You in Hell was provided free for review. 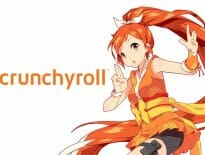 Sites Crunchyroll will be sold to Funimation 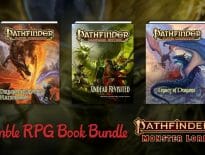