Call of Cthulhu offers the entire Earth as a setting in a variety of different time periods. I am slowly building my own Mythos world and revealing the secret history and details of a world haunted by monsters and the Mythos to the PCs. I am working on creating a long term campaign.

We kicked off a campaign with the free adventure, the Haunting. A pure ghost story, the Haunting has no real Cthulhu threats. However, the PCs learned that a knife related to the ghost was a useful weapon against the creature. This revelation was remembered in the next adventure and acted upon.

We continued our campaign in Vermont with Amidst the Ancient Trees which introduces Gla’aki the Great Old One. During this investigation, the PCs took spines from Gla’aki. They were building up knowledge of what might work against supernatural threats, just as I hoped they would.

I also took this opportunity to introduce the investigators to the Liberty Agency. Colonel Green offered the PCs a job working for the agency. Some PCs wanted to learn more about what they had just faced, and others just needed the money. Either way, of the surviving PCs, all took the Colonel up on his offer.

My plan is to follow this adventure up with Servants of the Lake from Doors to Darkness. That investigation takes place near Kingsport and also involves Gla’aki the Great Old One. From there, any remaining PCs can wander back to Arkham.

The next investigation will be None More Black which is set in Arkham and can be a great introduction to the city. I may follow this one up with Ties that Bind set in Ipswich, which is near Arkham. Crimson Letters, which takes place in Arkham, is suitable for investigators with some experience and could be next.

Up to this point, the campaign has relied on the base rules and hasn’t strayed too far into Pulp Cthulhu. While Pulp has the most interest for me, I want to absorb the core rules first.

The Liberty Agency offers the PCs more options to travel and take on far-flung cases. This location of the week appeals to me. The PCs will experience exotic locales and wrap up investigations as they move along. At the same time, they will be picking up lore and history on the Cthulhu Mythos and surrounding mysteries.

The 1920s are a remote time. No cell phones, no computers, Depending on the year, less than half of the homes had electricity. This makes travel down rural roads and into backwater villages isolating and possibility dangerous. Strange rituals and rites could spring up off the beaten path, and investigators could cross dangerous persons pursuing unholy interests.

At the same time, the investigators will be called upon more often to be their own heroes. Small burgs may have no law enforcement beyond the rarely visiting deputy or state cop with maybe only a part-time constable. People take care of their own problems and take care of their neighbors. Visitors are the other, the most likely to cause trouble, and the most suspected of causing harm. Investigators do not need to encounter a mi-go to encounter trouble and violence in the 1920s.

Another fascinating part of the investigators’ journey is gathering clues. PCs will need to physically travel to a library, talk to experts, and interview locals as they home in on otherworldly threats. Knowledge is held in books and clues hidden with people. There is no easy way around talking to locals and taking real-time to gather information.

This juxtaposition of the modern world and the old ways can come across in many ways. Locals distrust strangers. Weird books have to be tracked down from strange booksellers. Eye witnesses may be scarred or unwilling or unable to divulge everything they have seen as they are interviewed in flickering kerosene light. Roads believed to be reliable may disappear, phone lines fail, and electricity go out.

And while this ongoing gathering data continues, the PCs must operate out of their comfort zone, in possible hostile territory, with any possible back up hard to reach and far away. If the investigators don’t take care of themselves, they may find themselves in great danger and stymied in their attempts to solve the case.

Atmosphere should play a big part in Call of Cthulhu adventures. And things could develop with a slow burn of increasing paranoia and ongoing unravelling of clues. By the time the final confrontation comes, the PCs should be afraid and not sure who to trust.

To experienced Keepers, many of these conclusions may seem obvious. But the 1920s are not a time I’m really familiar with, so thinking about the setting and putting it in context is important. As vital as monsters and madness are to Call of Cthulhu, the setting is what pulls everything together. The setting helps define who and what the PCs are, where their investigations take place, and who their allies and foes will be. It dictates the way they gather clues, the weapons and transportation they use, and in what type of location events take place in.

Tying all these parts together will create a living, breathing world whether set in the 1920s, 1930s, the Old West (Down Darker Trails), or the Dark Ages. Foes may be cultists or gangsters, Vikings, cowboys, or basic thugs. PCs may travel by auto or train, on horseback, or by ship or boat. Cities may not be lit with electricity, locals may not be friendly, and allies may be hard to find.

All of these challenges happen even before monsters show up or madness manifests. Keepers may want to add in handouts to enhance the experience. Written scenarios usually include hand out for the PCs. Props of various sorts from letters to jewelry and more are also options.

Call of Cthulhu is a challenging and dangerous RPG. PCs are at real risk of losing their minds or their lives. However, the experience of investigating dangerous otherworldly events should be an experience in and of itself. Creepy cabins, glowing coffins, tentacles waving from lake depths, and the cries of the wounded and the mad should enhance the experience and drive home the terror before a monster even shows up. The RPG provides so many tools to develop a dark and terrifying world of secrets and danger. 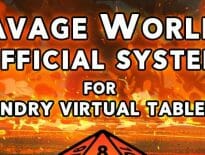 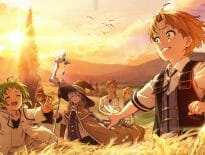