Spoiler sensitive and quick to the point anime reviews can be found here.

In Geek Native’s Irregular Reconnaissance, we round up a batch of anime, write up reflections on the episodes in question and hurry to a quick rating.

The goal? To help surface animes worth your time and, if you find you tend to agree with the review scores, help avoid animes not worthy of your investment.

It’s a mixed bag of reviews this week with only Crunchyroll in common as the platform you can find them all in (region allowing). And, as usually, Geek Native’s scouts are good but Irregular Reconnaissance is always better with shared intelligence. Have you found any good shows recently? Let us know in the comments below.

Why did I leave it so long to watch this anime? What a strong start! The Promised Neverland was on my radar for its Anime of the Year wins with Isabella as the Best Antagonist and the win for Best Fantasy, and in hindsight, I should have checked it out earlier.

Now, Irregular Reconnaissance tries hard to avoid spoilers, but you’ll quickly discover in The Promised Neverland that all is not what it seems. Isabella is the apparently happy custodian of an orphanage full of well adjusted and intelligent kids.

These kids aren’t the comedy relief, they’re not the whacky sidekick or there for emotional gut punches and puppy eyes. These kids are the central characters of the show, and I’m hugely relieved to say they’re not annoying.

At least, not yet. I’m thoroughly enjoying The Promised Neverland so far, but I live in fear of it getting weird.

The current arc of Boruto is much better than the reverse jailbreak that came before it. It’s a familiar story for Naruto fans as the Leaf ninja become aware of a mysterious and deadly organisation of rival warriors up to no good.

Learning the harsh lessons from their parents and the generations that went before, Naruto and his team take a proactive role in investigating and needless to say Boruto and friends get caught up.

There are flashes of modern debates here – how much liberty does a leader take away from people to keep them safe? Despite the threat, the village gates remain open.

We’re also getting into the technology of the world. There are computers in this charka rich fantasy setting, but not the same level of technology as we have. Why? These ninjas have magical energy as a real thing to base technology on or do without the need for technology in the first place.

I have a strong feeling we’ll see more of this as the show develops, and that might explain the initial focus on some brand new characters nearly 200 episodes ago at the start.

Sure, Black Clover seems to be all about fights with magically enhanced warriors, but just below the surface, there’s some intelligent storytelling.

The first arc layers all the way up to the demon threat promised by the intro sequence and that’s the spark for the next arc. I have no knowledge of the manga, my use of “arc” here is unofficial and purely illustrative to show the natural chapter ends.

There’s been a bunch of character development episodes recently, but they’re more than bearable. There’s an overt focus on getting the Magic Knights levelled up and ready to take on the next threat, and it very much feels like they are the underdogs.

It’s telling that I finished this many months ago and only just remembered to write it up. Monster Girl Doctor is what you would expect; a girl of the week anime.

And the girl is a monster.

Was I hoping for more? Perhaps I was being naive, maybe I was just kidding myself – and I did keep watching to the end, but I don’t think Monter Girl Doctor had much chance of being anything more.

It did try. It tried to throw in some interesting medical drama, but it was all a pretence to show the monster girls and so struggled to get out the door.

Suffice to say; only for monster girl fans.

Re:ZERO – Starting Life In Another World –

I don’t think season two of Re:ZERO is as strong as season one, at least not where it ends with episode 38. Part two of season 2 is set to resume in 2021.

Why not? There is the loss of surprise. We know Subaru cannot die for good and what happens when he’s killed. The expectation is now that horrible thing will happen which he’ll have to try and reset.

I also think the witches could have been handled better. They’ve gone from being some scary force in the background to regular and sometimes even cutesy characters.

However, I think the potential for some surprises remain… and I’m not letting my guard down.

Status: Good, but not as strong as season 1
Where: Crunchyroll

Use the comments below to suggest any anime titles you think are worth watching. Mini-reviews are welcome too if you think you can avoid spoilers. 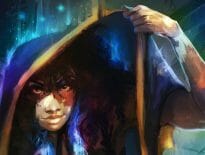 Comics To Dream, Perchance to Sleep: A review of Drift of… 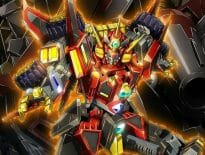