You are here: Home / Games / Tabletop & RPGs / Across the Planes: The Feywild review

Across the Planes: The Feywild is a D&D supplement that helps DMs get to grips with, and run adventures in, the Feywild Plane.

The Feywild is the Plane of the Faerie in Dungeons & Dragons, close enough with the Material Plane to overlap.

The book is a team effort, with Jackson Lewis as the project manager and the designer of the new Atavist class, Jessica Marcrum the subclass designer, E.R.F. Jordan on monster design, Chai Powers on adventure design, Matthew Whitby on lore writing, Chris Hopper as the editor and Lydia Van Hoy mastering the layout.

It’s a little strange; there’s a surprising amount of goodies in the 62-pages of the download, more than you might expect, but I imagine it’s also a bit of an appetiser and will leave DMs wanting more on and from the Plane. In fairness, I’d call that a success for the supplement as it’s designed to take you from “Huh?” to “Gotcha” rather than become your new Feywipedia.

On that note, I infer that the “Across the Planes” title is lining the team up for other Plane books of similar quality, and that makes The Feywild all the more attractive as a sensible utility book to have squirrelled away.

A Brief History of the Feywilds Creation

The Feywilds supplement begins by quickly giving some context to the mysterious Plane, quite rightly too, as there are three different competing creation myths and none of them entirely wrong.

Notably, the Ecology of the Feywild makes the point that there’s no time in the Plane, only location. The sun, for example, is always setting.

The welcome section then into the geography of the Plane, which makes sense. However, as well as detailing locations like Fey Crossings, Reflections of the Material Plane and places like the Unseelie Court or the Feydark, we’re also given names, backgrounds but not stat blocks of iconic faerie that characters might hear about there.

The Crowned-God of the Fomorian is a legend of a ruling that will unite the warring cities of the Feydark and lead them to godhood, and we’re given personality traits, ideals, bonds and a flaw for such a figure (should the legend come true). Equally, we’re told that the undisputed ruler of the goblin kingdom is Great Gark who has a bond that says;

Ruler. I shall rule the Feywild for goblinoids, whatever it takes.

The combination of locations, people, factions and the politics, trade and economy between them make for the first third of the book.

The next third of the download contains adventure seeds and creatures.

Sometimes adventure seeds are headlines for a DM to take inspiration from and flesh out. Not here. These seeds are half-page ideas, described fully, pepped up and ready to go.

Tiers 1 through Tier 4 each have seeds, between 4 and 5 for each and I think if you’re a DM who can think on your feet, then Across the Planes: The Feywild can be a book you double click on should player characters unexpectedly find themselves in the Plane and in need of adventure.

I approve of not statting some of the iconic names in the Feywild. Why is that giving something like The Crowned-God of the Fomorian stats seems to be an indication that someone should try and beat it in battle?

However, in the creatures section of Across the Planes: The Feywild you will find text and stats for encounters like the personification of Etiquette, various Mirage Dragons, Mother of Witches and others such as the Greater Redcap.

The “usual” Redcap, by the way, are found in Volo’s Guide to Monsters and if you have a murder hobo problem in your group then they’re a fae worth checking out. They’re summoned into existence by bloodlust.

The new character class in The Feywild is The Atavist, and I would have benefitted from a one-sentence summary. Not so much to do with ancestors, but fey and stories, in this case, I think.

This D&D Atavist can summon facsimiles of their stories and use them in battle. Following the Feywild storytelling rules, they have access to a new form of magic.

In practice, though, they use spell slots and cantrips with intelligence as their spellcasting ability.

Lastly, there’s a ten-page or so adventure suitable for a party of about 4 or 5 explorers at 4th level.

As usual, I won’t detail it here, but it’s without battle maps or any more stat blocks but is nicely knitted together. It’s a bit like one of the earlier adventure seeds pumped up to the max.

Across the Planes: They Feywild is an easy book to read. It’s a standard two-column format, a tinted background, clear text and plenty of space.

I liked Across the Planes: The Feywild.

I was already pretty confident in my knowledge of The Feywild but still got value from this supplement. I think it works well as a handy resource on my hard drive, a file to open for quick Feywild ideas.

The Feywild is a Plane worth prepping for, Elder Brain’s survey of thousands of D&D gamers had The Feywild as the Plane players enjoyed the most.

My copy of Across the Planes: The Feywild was provided for review.

Across the Planes: The Feywild review 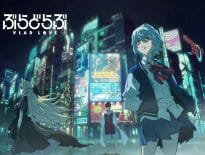 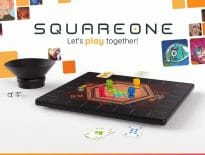