Publisher Elderbrain ran a survey to find out which class made for the best D&D arch-villain, which realm was more enjoyable for adventuring, how roleplayers felt about sandbox adventures and other similar questions.

Why? For a Kickstarter. That’s now live and, unusually, Elderbrain has shared their data, so we now know which classes to consider for a surprising or popular choice of arch-villain. Let’s look at the Kickstarter for Crown of the Oathbreaker first, a campaign which wanted $6,000 and which already has $10,000 with nearly a full month still to run. You can see the latest stats on Kickstarter.

The dark fantasy campaign takes characters from level 5 to 12. I’ve noticed that as an increasingly common request to adventure designers; don’t force us to create new characters and start at level 1 again.

Crown of Oathbreaker isn’t just for D&D 5e, though, but Elderbrain will have it work with Pathfinder 2e as well.

Given that the publisher’s research showed that roleplayers liked sandbox adventures, it is probably no surprise to see that Crown of the Oathbreaker is a sandbox, a multi-layered one.

There will be many spoilers, so ignore this if you are a player, but as DM tempted to run the game you can get a 10-page summary straight from Elderbrain (PDF link).

$20 will get you the PDF of adventure and backer-only access to the survey. Right now, and for a little while longer, there’s also a $20 early bird access which adds in the Crown of the Oathbreaker character sheet and Year of Rogue Dragons adventure module.

Want an at-cost print-on-demand coupon for DriveThruRPG? Add $5 more. Again, there are still slots available in the early bird version of that which grants the character sheet and Year of Rogue Dragons in PDF.

Above the $25, you’re flirting with $100 and becoming an NPC in this dark story.

Which D&D planes are most popular?

Let’s have a look at some the public survey results so far; the most popular realm if the Feywild, but after that most D&D players say they don’t mind where they go. The Nine Hells then comfortably take third position and Shadowfell in fourth.

Where does Crown of the Oathbreaker go? Exactly, Feywild, the Nine Hells and Shadowfell.

Which are the least popular realms? Well, that’s safely the other lower planes.

Which classes make the best arch-villains?

Gamers got to pick up to three options and put Paladin (or Anti-Paladin) in the first place, edging out Wizard into second and with Warlock trailing a bit in the third position.

The least popular (and therefore perhaps most surprising) options for arch-villains? In the last place, the Ranger with a mere 2.3% of the vote, followed by Monk and then “other non-core classes”.

The full stats, as they stand now, are available as a download from the Kickstarter page and presented in a towering infographic of a PDF which I won’t attempt to reshare here.

Crown of the Oathbreaker: 2,000 D&D fans on the best arch-villains 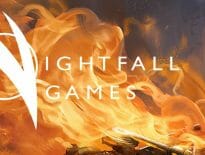 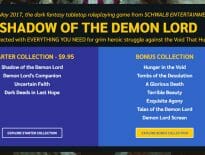 Tabletop & RPGs Plenty of Demons: Two Shadows of the Demon Lord de…
wpDiscuzComment Author Info
Manage Cookie Consent
This site uses cookies 🍪, and links are ads that may earn bloggers some money 💰, and with this alert, I very much hope that these dark truths 🧌 are acknowledged.
Manage options Manage services Manage vendors Read more about these purposes
Preferences
{title} {title} {title}
Loading Comments...