Magpie Games are back on Kickstarter, following the $600,000 success that was the Root RPG, with a campaign for Urban Shadows and it looks like another substantial success.

Magpie says they’ve redefined what’s possible with Powered by the Apocalypse games in the last few years and want to bring those learnings to Urban Shadows. You can read their pitch or make a pledge over at the campaign page.

Urban Shadows is a fantasy set in contemporary times and interwoven with politics. It reminds me of the Dresden Files.

Characters in the game know that supernatural forces exist and while physical conflicts happen, they tend to be the result of political schemes and certainly have political consequences.

Power corrupts in Urban Shadows. Actions you take may corrupt your character but also unlock more of their supernatural capabilities. Should you use those powers for further selfish means further corruption.

The new edition brings revised basic moves including changes to turn to violence and let it out, revised character playbooks including rebuilt versions of The Hunter and the new The Sworm (Power) and The Imp (Wild).

Urban Shadows has become a popular chose for actual play podcasts and, perhaps learning from those, Magpie Games are bringing in a new mechanic to encourage PCs to meet more often. A challenge with some Urban Shadow games is why any large group of supernatural agents would be cooperating with one other. The new mechanic, City Hubs, are in-world social spaces or networks designed to encourage communication across the factions.

The pledge tiers are straight forward. $19 will get you all the PDFs produced by the Kickstarter, that means the Urban Shadows 2e rulebook and any stretch goals.

The first edition Urban Shadows typically costs $11.99 on DriveThruRPG. It is a Mithral bestseller which puts it in the top 0.27% of all products.

Make that pledge $39, and you’ll add the hardcover Urban Shadows 2e rulebook to that bounty.

If you want all your Urban Shadows collection to be on paper, then pledge $74, and for $100 you get the same and a deluxe edition of the core rules.

Stretch goals include the like of a GM screen, a Roll20 module (which has been unlocked), a dice tray, a campaign notepad and expansions like the Angel and Witch playbooks.

Mark Diaz Truman is the project lead and writer again, with Marissa Kelly as the project manager and art director.

The expected delivery date is December 2021. 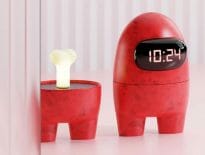