In Netflix’s trailer for their 2021 anime “Eden” it looks like we’ve a pleasant future. A clean future. A happy future. A future without humans.

The four-episode anime is the story of two robots who find a human child and decide to raise her away from the robot city of Eden.

The upcoming sci-fi fantasy series Eden is set thousands of years in the future, where a city known as “Eden 3” is inhabited solely by robots whose former masters vanished a long time ago. On a routine assignment, two farming robots accidentally awaken a human baby girl from stasis questioning all they were taught to believe — that humans were nothing more than a forbidden ancient myth. Together, the two robots secretly raise the child in a safe haven outside Eden.

Eden had initially been scheduled for 2020 but, yeah, like so many other projects has been delayed. We are now expecting it to air in May 2021.

Netflix’s Eden trailer asks “Why am I not a robot?” 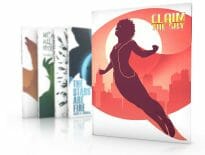 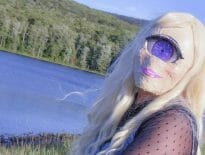