Former Wizards of the Coast employee Kate Welch announced she had a new job at Secret Door.

Secret Door is one of two studios at the newly announced DreamHaven. The other is Moonshot.

DreamHaven is the new project from Mike Morhaime, and it has caused quite a stir despite no games being announced.

Mike Morhaime used to run Blizzard, that’s the company behind games like Diablo, Hearthstone, Warcraft, StarCraft and Overwatch, but he stepped two years ago.

According to video game reporter Jason Schreier, Morhaime quit Blizzard because he was increasingly fed up of Activision’s influence. Here is, perhaps, someone fed up of corporate overlords messing with the game they love.

If you look at Welch’s new co-workers you’ll see an impressive line up; Chris Sigaty (executive producer on Hearthstone), Alan Dabiri (technical director on Warcraft III and StarCraft II), and Eric Dodds (designer on World of Warcraft and Starcraft).

Does that mean Katie Welch is working on computer games now? It’s not an uncommon route for tabletop developers to go (more money) but Secret Door are interested in RPGs.

The Secret Door site says the studio is about;

Board, role-playing, and video game nerds on a quest to bring people together in positive ways

Katie appears on the Secret Door website as one of two designers. Her LinkedIn profile says her role is in UX and UI.

User Experience and User Interface jobs are usually about designing games so that they are easy and intuitive to use. No matter what she’s doing, Welch has found a talented bunch of people to work with.

I’m excited to team up with such talented people who care deeply about games and their communities. I’ve always believed in the power of games to bring people together regardless of backgrounds or boundaries. With Dreamhaven, we look forward to creating and sharing new experiences with players everywhere.”

We’ll have to see what Secret Door and their fellows at Moonshot have in mind for the future. 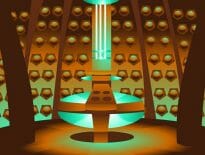 Geek Stuff Where are the time travellers from the future? 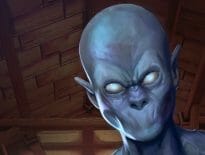